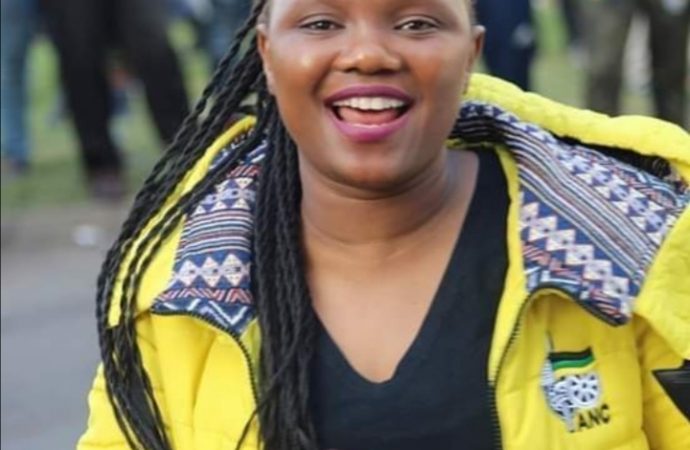 South Africa woke up on Saturday to the tragic news that one of the young rising stars in public service tragically passed on as she was travelling from an ANC Youth League event.

Although details of the accident were still sketchy at the time of publication, reliable sources have confirmed that the Deputy Minister Bavelile Hlongwa stopped with her driver and protectors to assist victims of a vehicle that had crashed and rolled onto the opposite side of the freeway.

It was during their attempts to assist the injured that a truck is alleged to have crashed into the rolled vehicle, hitting and fatally wounding Hlongwa and four others.

She was a Deputy Minister in President Cyril Ramaphosa’s cabinet. Bavelile Hlongwa was only 38 years of age when she was appointed Deputy Minister, making her one of the youngest appointees since the dawn of democracy.

Hlongwa was born on 14 April 1981 in Umzinto, Kwa-Zulu Natal. She started her primary education at Ncazuka Primary School in Umzinto around 1989. In 1996 she proceeded to Sihle High School where she matriculated in 2000.

It was her involvement in these organisations that laid the foundation for her activities in the ANC Youth League. She became the Central SRC President in University of KwaZulu-Natal in 2009. She served in Kwa Zulu Natal Task Team of the African National Congress Youth League as a Member of Education and Health Sub-committee from 2013 – 2015.

In 2015 she was elected to serve in the National Executive Committee of the ANCYL, while she was also a treasurer of the South African Institute of Chemical Engineers in KZN.

Hlongwa previously worked as an Engineer at Shell South Africa refining as Process Technologist from 2011 – 2013; Sapref Refinery as a Production Engineer from 2013 – 2015 and Economics & Scheduling Unit where she worked as Gas Scheduler from 2016 -2017 2017.

In May 2017, Hlongwa was appointed as the Executive Deputy Chairperson of the Board of the National Youth Development Agency, whilst she was still serving as the Deputy President of Convocation Executive Committee at the University of KwaZulu-Natal. She served as a non-executive board member at the Dube Trade Port Corporation, from 2017 to 2019, she was also a non-executive board member of the National Metrology Institute of South Africa from 2018 to 2019.

After the 2019 General Elections Hlongwa was appointed as Deputy Minister of Mineral Resources and Energy with effect from 30 May 2019.