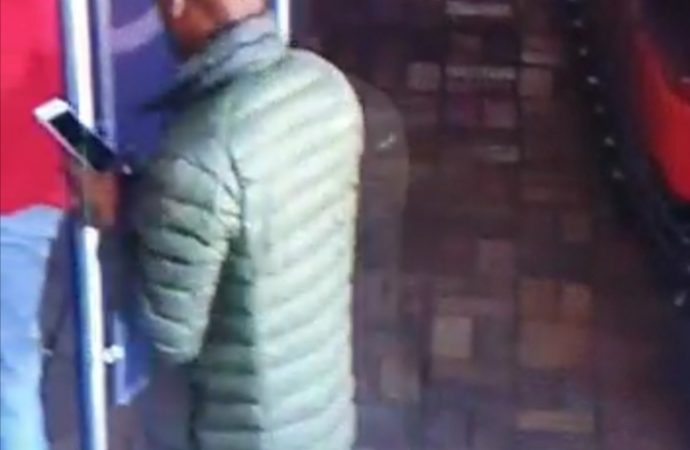 Three King William’s Town suspected card scammers , aged between 33 and 35, were arrested by police after allegedly scamming a woman’s bank card of an undisclosed amount of money at the Nahoon shopping complex in East London on Tuesday morning.

Police spokesperson captain Mluleki Mbi said the involved suspects and their vehicles were caught via CCTV footage. A video of one of the suspects went viral on social media on Tuesday leading to HotNews sending a media query to the police on Tuesday evening. Responding to the query, Mbi said police immediately activated their intelligence units upon receipt of the information on Tuesday morning.

In the video a man wearing a green jacket is seen forcefully entering the ATM cubicle as an elderly woman is transacting.

“Information gathered led the police to a shopping complex at NU 6 in Mdantsane where where the suspects were spotted. Upon seeing the police, one suspect jumped out of the car and tried to flee, he was caught in a short distance. Two rented vehicles were confiscated by police and the suspects were also found in possession of a number of bank cards,” he said. The suspects will appear before the East London Magistrate’s Court on Thursday facing charges of fraud.

The Cambridge station commander brigadier Pumla Mdlankomo commended the swift action of the police “as this is seen as the breakthrough in breaking the backbone of a syndicate operating in this area.” Mbi said the names of the suspects will be released after their Thursday court appearance.