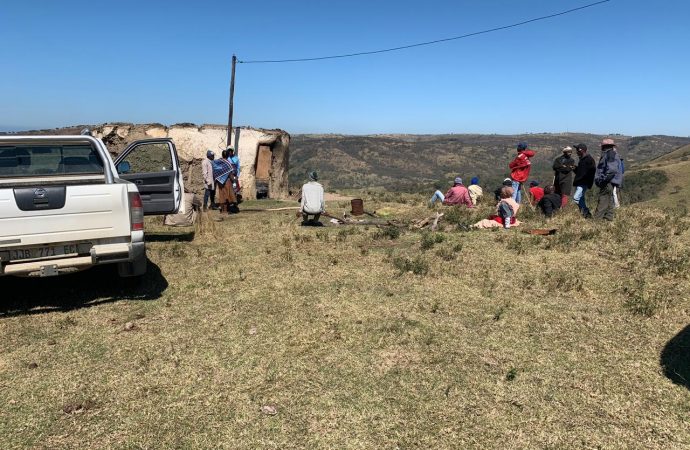 Mkhokheli Wece, 37, of Lurwayizo Village in Willowvale, left two toddlers orphaned and homeless when he stabbed his girlfriend at least twenty times before burning his home and disappearing for days. A search party led by locals found him in a nearby forest hanging from a tree. The children are aged 3 and 1.

The victim, Unathi Dani, 23, was allegedly murdered by Wece on Wednesday evening after what has been described as a fierce jealousy-induced argument. He then proceeded to burn down his own home, razing everything to the ground.

Thereafter he is said to have disappeared until he was found on Friday morning hanging from a rope tied to a tree branch deep inside the nearby forest.

Dani was herself orphaned and living with her 72-year old grandmother who is now left with the painful prospect of having to bury her granddaughter and try to raise the two toddlers. This she has to do from her meagre old-age pension grant in a dilapidated homestead.

Ward 21 Councillor Siviwe Mrobo described the situation as one of the saddest he has had to encounter as a Councillor. “The community is deeply troubled by this senseless act of brutality, just as we are experiencing a rise nationally in incidents of violence against women”, said Mrobo.