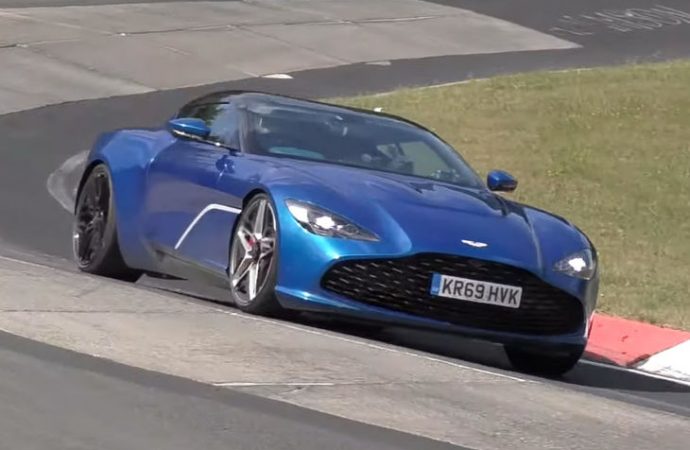 Deliveries of the Aston Martin DBZ Centenary Collection, which consists of 19 pairs of the DB4 GT Zagato Continuation and new DBS GT Zagato, began at the end of last year, when the Gaydon-based firm shipped the first batch of the legacy models to their owners. However, the ravishing DBS GT Zagato hadn’t been seen in the metal… until now, where it’s been spotted undergoing testing at the Nurburging.

Originally built to race against the might of Ferrari in the ’60s, the DB4 GT Zagato is powered by an inline-6 engine (said to produce at least 283 kW) mated with a 4-speed manual transmission, which sends power to the rear wheels via a limited slip differential. But the legacy model is only half of the £6-million (R135-million) pair… 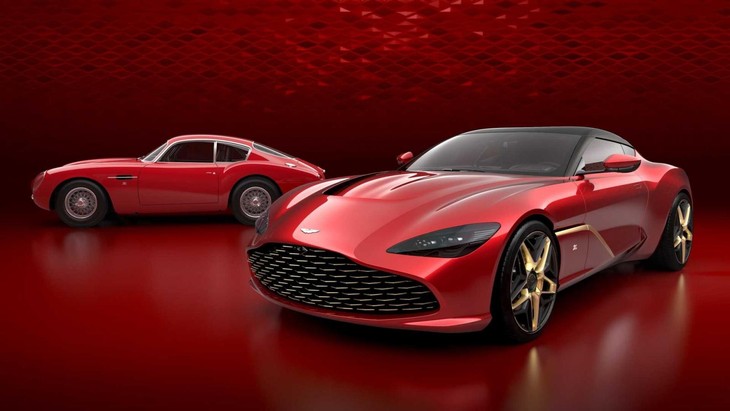 The DBS GT Zagato (right) is one of the most exclusive models ever produced by Aston Martin.

The statesidesupercars YouTube channel recently uploaded this video of the eagerly anticipated new DBS GT Zagato undergoing testing at the Nurburgring. Prior to the Covid-19 outbreak, Aston Martin had hoped to commence production and deliveries of the exclusive supercar in 2020. It’s not clear whether it may still happen before the year is done, but the brand is clearly giving its new creation a thorough shakedown on the famous Nordschleife circuit… As expected, the DBS GT Zagato looks stunning in the metal!

The DBS GT Zagato uses the DBS Superleggera as its foundation and features a “dynamic grille” which incorporates 108 diamond-shaped carbon fibre pieces which are flush when the car is parked but at start-up, the elements ‘flutter to life’, each opening to allow the big twin-turbocharged 5.2-litre V12 engine to breathe. 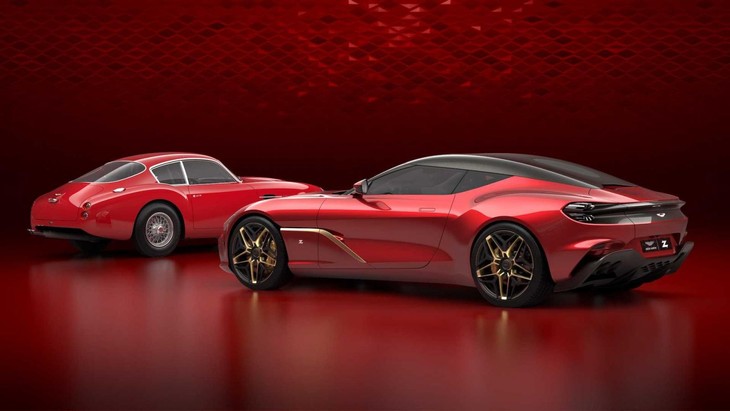 As for outputs, if it’s the same engine as found in the DBS Superleggera, the motor will produce 553 kW and 900 Nm. Note that the roof is full-length carbon fibre which means a camera-operated rear-view mirror is fitted to provide rearward visibility. The finished model will sport gold-look 20-spoke wheels too…

Marek Reichman, Chief Creative Officer, Aston Martin Lagonda said: “This is a car that is not only focused around beauty, but drama too. Our dynamic grille gives us an opportunity to provide the car with two very different identities. When parked, DBS GT Zagato will almost look like it’s resting, but with the rear of the car still appearing muscular and primed for action. Only on start-up will the car truly become alert and ready to perform, delivering both an aural and visual treat for onlookers”.

Buy a new or used Aston Martin on Cars.co.za

Fancy a matching pair of Zagatos?