Aston Martin struggling with its hypercar 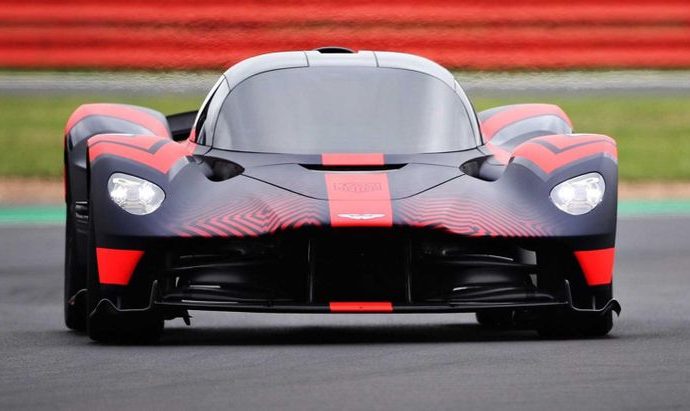 No flight of the Valkyrie – just yet.

Aston Marin’s outrageous Valkyrie project is proving problematic. The mid-engined hypercar, which promises to deliver a driving experience unlike all rivals, is not running on schedule.

First announced in 2017, a year before AMG’s Project One, the Valkyrie was a car of true fantasy specification.

Unlike most other hypercars, the Valkyrie eschews turbocharging but does use hybridization. Its primary power is supplied by a huge 6.5-litre naturally-aspirated V12, built by Cosworth – which is ironically the same engine supplier to Gordon Murray’s new T50.

An extremely linear throttle response, with 745 kW available at 10 500 rpm, is at the heart of this hypercar’s appeal. Balancing the Valkyrie’s performance are aerodynamic attributes designed by Adrian Newey, one of the greatest automotive aerodynamicists in history.

Aston Martin has been extremely bullish about what the Valkyrie can achieve, immodestly claiming that it will the fastest and purist road car driving experience yet. But the company has no history of producing a hypercar.

Jaguar illustrated the issue of producing a technologically advanced hypercar way back in the early 1990s, with its XJ220. This car was a commercial disaster, as most traditional customers of the brand simply did not appreciate what it was.

The Valkyrie was supposed to be marketed in an allocation of 150 road cars and 25 racers, but that ratio could dramatically change. As Mercedes-Benz has discovered with its Project One, the refinement of a hypercar for real-world road use is challenging. The first Valkyrie customers deliveries were supposed to happen in late 2020, later than initially scheduled, but even that dateline is now in doubt.

Aston Martin is allegedly struggling to achieve the correct ride and handling balance for Valkyrie on imperfectly surfaced real-world roads. There are also rumours of reliability issues, during its road phase testing. This is not surprising, as Mercedes-Benz’s Project One is also late for customer deliveries, with engineers struggling to tame the F1 sourced engine for slow-speed driving and idling.

What complicates the Valkyrie scenario even further, is Aston Martin’s troubled financial position. The company is losing money and was recently recapitalised by Canadian billionaire Lawrence Stroll. The man who initiated Aston Martin’s Valkyrie project, Andy Palmer, is gone – having been replaced by former AMG boss, Tobias Moers.

The British company’s new German CEO must decide if there is potential to solve Valkyrie issues quickly enough, without running terribly over budget. One of the better outcomes could be to abandon the road car development of Valkyrie and sell it solely as a track day vehicle. Although this will rankle those potential customers who wished to use it as the ultimate road-going driver’s hypercar.

Both Valkyrie and Project One prove that taming extreme powertrain and performance parameters for road car use is always a significant test of engineering resources and insight.