Battle of Manifestos or Battle of Songs? 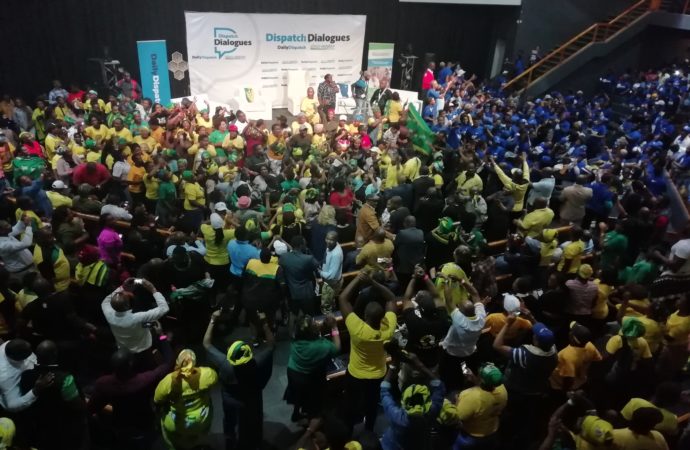 The Dispatch Dialogues-convened “Battle of the Manifestos” on Wednesday was preceded by a “Battle of Songs” between the different parties represented at the debate.

The ANC, DA, EFF, UDM and PAC were set to field leaders to partake in a “town-hall-style” debate convened by the Daily Dispatch newspaper at the Calvary Church in Gonubie, East London.

The party faithfulls, adorned in their party regalia, turned out in numbers to support their respective leaders. The church became one huge cacophony of noise as each party’s supporters sought to outdo the other in song and dance.

In a scenario reflecting the representation of each party in the national assembly, the ANC had the most supporters, followed by the DA and then the other parties.

At the time of writing, the debate had not started and the organisers were evidently worried about chaotic interference with the proceedings. But the crowd was seemingly more about who could sing the loudest. No incidents of violence were witnessed.