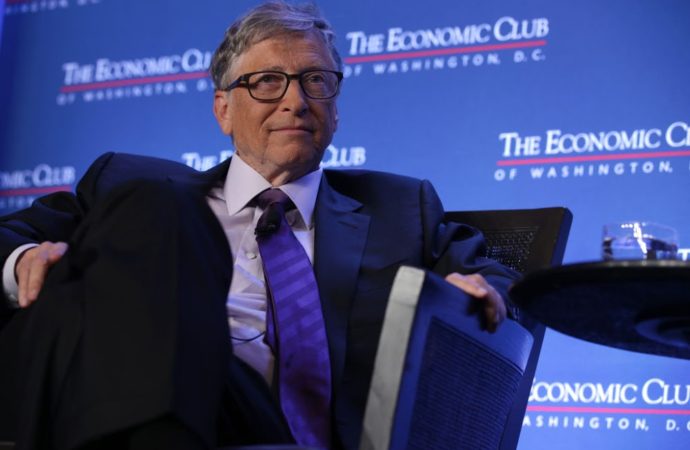 Since the pandemic began a year ago, millions of conspiracies have spread over the internet, fuelling misinformation about the coronavirus, its origins and the motives of those working to fight it.

They include say that Fauci and Gates created the pandemic to try to control people, that they want to profit from the virus’ spread, and that they want to use vaccines to insert traceable microchips into people.

“But do people really believe that stuff?,” Gates asked.

“We’re really going to have to get educated about this over the next year and understand … how does it change peoples’ behaviour and how should we have minimised this?”

Gates praised Fauci and Francis Collins, head of the US National Institutes of Health, as “smart” and “wonderful people”, and said he looked forward to seeing them able to work effectively and speak the truth under the new administration of President Joe Biden.

During former President Donald Trump’s handling of the pandemic, Gates said, it had “sometimes felt like they were the only sane people in the US government.”

“I’m excited about the team that Biden has picked” to tackle the health crisis, Gates said.

Gates said he was also pleased that under Biden, the US has rejoined the World Health Organisation, and “that he’s appointed smart people, and the fact that Dr. Fauci won’t be suppressed.”