Bloodhound LSR On the Rocks, Again 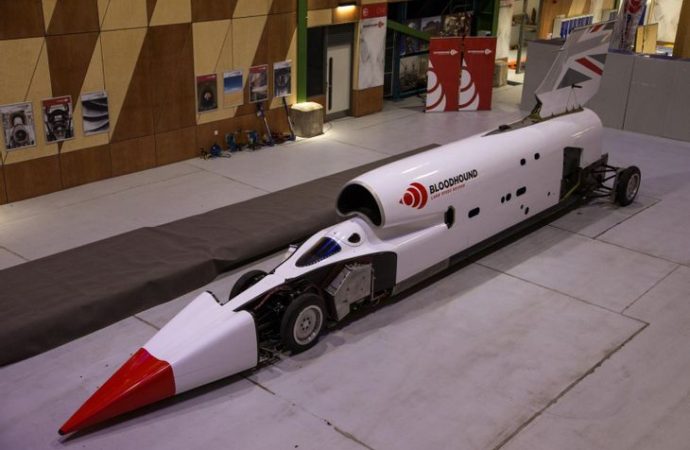 The Bloodhound Land Speed Record (LSR) is looking for a new backer as Covid-19 throws a spanner in the spokes of the ongoing world speed record attempt.

The Bloodhound LSR project is looking for a new owner. The project has faced many challenges in recent times and while funding is an ongoing pressure, the ongoing Covid-19 pandemic has not only caused major delays for the project but fundraising efforts have also been severely impacted. As a result, current owner and Chief Executive, Ian Warhurst, is now stepping away from the project.

After committing to the project in 2018, Warhurst and the Bloodhound LSR team conducted high-speed testing in 2019 on Hakskeen Pan in the Northern Cape, South Africa, achieving a peak speed of 1 011 kph which was more than the 805 kph target for testing. The run validated computer modelling and ultimately proved that the Bloodhound has the legitimate record-breaking ability. The goal for the overall project is to set a new land speed record which currently stands at 1 228 kph set in 1997 by the ThrustCC and driven by Andy Green, a former RAF pilot, who was expected to drive the Bloodhound into the history books once again.

The next phase of the project includes the fitment of the Nammo monopropellant rocket that will allow the car to reach a top speed of over 1 287 kph on the specially-prepared surface on Haksteen Pan which is essentially a dried up lake bed. The Bloodhound LSR team is aiming to achieve the record in 2022. The rocket installation and the cost of taking Bloodhound to South Africa and breaking the 800 mph or 1 287 kph barrier will cost roughly £8 million or over R167-million.

Andy Green commented, “In my opinion, the Bloodhound team has built the best Land Speed Record Car ever. It made our 628 mph test run look easy!  We’re now raring to get to 800 mph+, to showcase this technical marvel and to invite a global audience to join in an incredibly exciting adventure. After the horrible 2020 pandemic year we have all just experienced, the world needs a good news story, and Bloodhound is ready to deliver it”.

It remains to be seen if the project can be rescued but it will be a sad state of affairs if the Bloodhound LSR is scrapped after so much effort has gone into it. Do you think a high-speed record project such as Bloodhound LSR is worth it?