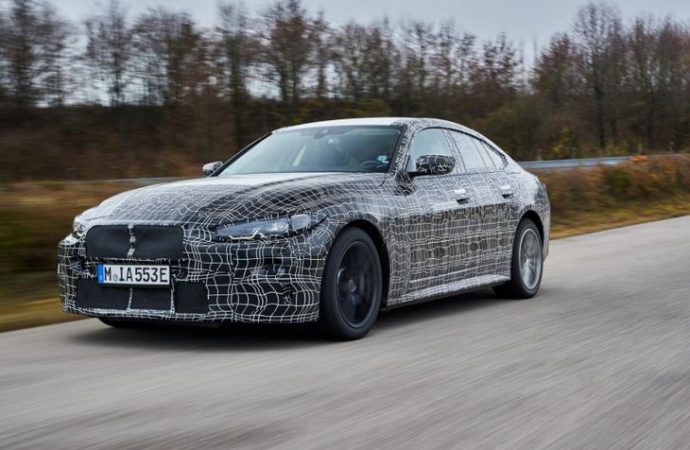 BMW is making progress in the development of its i4. However, with accusations that electric cars are boring, BMW is insisting its new i4 drives like a BMW. Check out the new BMW i4 getting sideways!

First revealed as a concept back in March 2020, the BMW i4 will be the most important electrified vehicle in its arsenal since the i3 and i8. Earmarked for a 2021 reveal, the German car maker has started teasing what the vehicle is capable of with some official leaks. From what we can see in the below video, BMW is determined to makes its electrified offering drive and handle like a BMW. Read into that what you will, but we see the potential for some sidways electrified action!

Granted, we’re going to miss the obvious 6-cylinder soundtrack accompanying such lateral movements, but it’s impressive to see what’s possible in terms of engineering. Why all the focus on the BMW i4 and not the showroom-ready iX3? While SUVs are all the rage, BMW’s M division has confirmed there will be an M-badged i4. Now before you cancel your M3/M4 order, this will be badged as an M Performance model as opposed to a fully-fledged M vehicle.

Official performance specifications are yet to be confirmed, but we suspect it will sprint to 100 kph in the low 4-second mark. The weight of the batteries is likely to prevent it breaking the 4-second barrier. But, like all performance cars, sprint acceleration runs only tell one small chapter of the entire story.  “The BMW i4 conveys the feeling of being light and agile yet also solid and authoritative,” says project manager David Alfredo Ferrufino Camacho. “With its superior directional reliability and high level of cornering stability, it seems to literally attach itself to the road. All electric vehicles are capable of fast straight-line acceleration. But that’s not enough for us at BMW.”

Want to purchase a new or used BMW? Browse through units for sale.