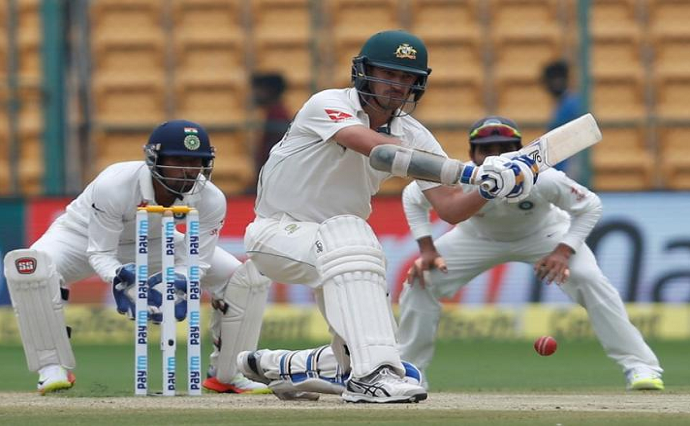 The Proteas have taken an unassailable 2-nil lead in the T20 series against Pakistan. Batting first, the Proteas posted a competitive 188 for 3, with the visitors coming up seven runs short after twenty overs.

Down Under, Australia is within sight of victory after day three of the second test against Sri Lanka at the Manuka Oval in Canberra. The hosts are on course for a first series win since beating England early 2018 after they set the tourists a target of 516 for victory. The tourists will need an improbable 499 on day four for victory.

This unusual dismissal caused BULK confusion out in the middle on day three! #AUSvSL pic.twitter.com/QjUci0qR7E

Mitchell Starc picked a five-wicket haul as Australia bundled out the tourists for 215 to take a first-innings lead of 319. Australia, who won the opening test in Brisbane by an innings and 40 runs, didn’t have a great start in their second innings. They were 37 for three after losing Marcus Harris, Joe Burns and Marnus Labuschagne cheaply, but Usman Khawaja and first-innings centurion Travis Head combined for a stand of 159. Khawaja completed his eighth test hundred. The left-hander was unbeaten on 101 while Head made 59 not out as Australia declared their second innings closed on 196 for 3.

Meanwhile, India won the fifth and final One Day International by 35 runs against New Zealand at the Westpac stadium to win the ODI series 4-1. India recovered from 18 for four to score 252 runs with the help of Ambati Rayudu’s 90 and a quickfire 45 by Hardik Pandya towards the end of their innings. Rayudu and Vijay Shankar shared a 98-run partnership for the fifth-wicket.

In response, New Zealand didn’t have a great start with Mohamed Shami striking to help the tourists take control early in the match. Hardik Pandya then removed Ross Taylor when the scoreboard read 38 for three. Kane Williamson and Tom Latham then put up a fighting 67-run partnership for the fourth-wicket. Williamson was dismissed for 39 by Kedar Jadhav.

Following the quick dismissals of Williamson and Latham, it was James Neesham who looked dangerous to take the game away from India’s grasp, but wicket-keeper MS Dhoni inflicted a run out after an LBW appeal against Neesham was turned down by the umpire. Following the wicket of Neesham, the New Zealand tailenders failed to add much to the total with the hosts bundled out for 217 runs.