Did Thandiswa Marawu dump ANC for ATM after ANC dumped her from PEC and MEC positions? 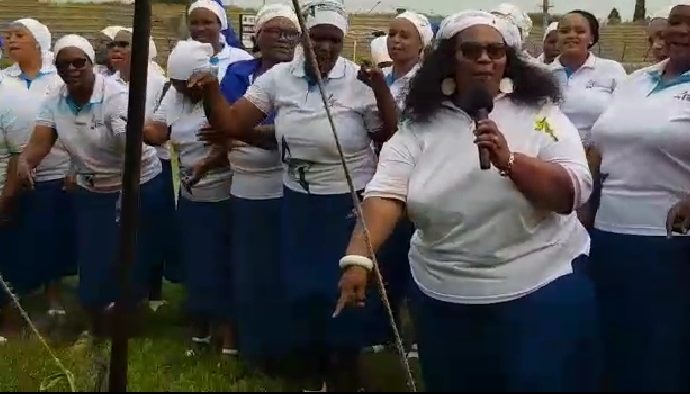 If a video that has gone viral on Eastern Cape social media circles is anything to go by, it appears as if former ANC provincial Treasurer, Thandiswa Marawu, has dumped the ANC for the African Transformation Movement (ATM).

The ATM is a newly formed political party with strong links to the Twelve Apostles Church that Marawu is a known staunch member of. The Church is led by Caesar Nongqunga.

Marawu was once a powerful member of Phumulo Massualle’s Top 5 in the provincial leadership of the ANC and was recalled from her position as MEC months after Masualle lost his bid for a further term as provincial Chairperson. Marawu also did not make it into the PEC even as additional member.

In the recent list processes for provincial and national legislatures her name featured very low, drastically reducing her chances of making it into parliament.

A PEC member with close knowledge of the matter who spoke on condition of anonymity as she is not authorised to speak on behalf of the party told HotNews that Marawu had informed her “as a friend and comrade” of her intentions to leave but would wait until the dissolution of Parliament which happened once the President gazetted the date of elections.

“She felt that joining a new party would increase her chances of making it back into government”, said the friend.

Lulama Ngcukayitobi, ANC Provincial Secretary, had this to say about her rumoured departure, “We have neither been notified nor has she formally terminated her membership from the ANC. Signs and rumors have been making rounds about her departure. Therefore her departure didn’t come as a surprise. We wish her all the best in her new political organization”.

Download the video to see Marawu at ATM event.

Attempts to reach Marawu were not productive by the time of publication of this story.