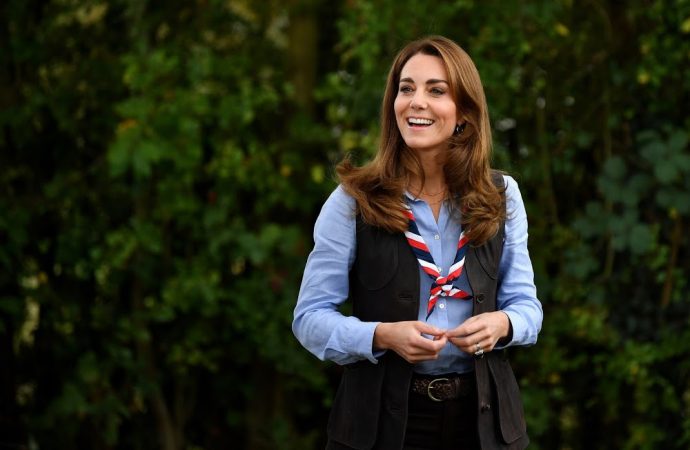 The Duchess of Cambridge, Catherine, marked her appointment as joint president of Britain’s Scout Association on Tuesday by joining scouts in north London for their traditional activity of toasting marshmallows over a camp fire.

The duchess, wife of Queen Elizabeth’s grandson Prince William, joins the monarch’s cousin, the Duke of Kent, as president of the organisation which works with about half a million people aged 6 to 25. The queen herself remains its patron.

“For many children and young people, The Scout Association plays a key role as they build relationships and develop the skills they need to succeed in later life,” Kate said in a statement.

To mark the occasion, the duchess visited youngsters from the 12th Northolt Scout Group to hear how they had coped during the coronavirus pandemic and to join in with some of their sessions.

She will also be presented with the Silver Wolf Award, the association’s highest award.

“Scouting is more important than ever before, giving young people life skills, a sense of connection and belonging, and supporting communities in areas of deprivation that are disproportionately affected by Covid-19,” its CEO Matt Hyde said.