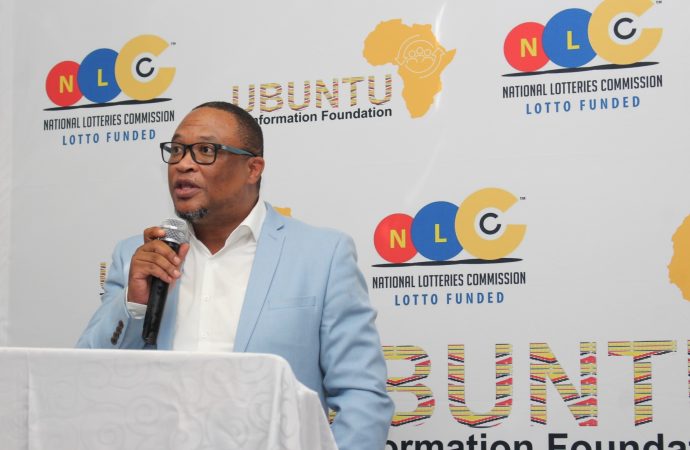 Christmas came early for victims of the recent storms in the OR Tambo District when the National Lotteries Commission (NLC) made a funding commitment for food hampers to all the affected families. At least 900 homes were completely demolished by a vicious tornado that tore through all the five local municipalities which make up the OR Tambo District.

Speaking at a media briefing to launch the intervention, the NLC’s Provincial Manager for the Eastern Cape, Mzikayise Mani, said the NLC had to invoke its proactive funding model to expedite the provision of food hampers and appointed Ubuntu Transformation Foundation as the implementing agent. “The NLC does not implement projects but funds qualifying NPOs. For this massive project we chose an NPO that we trust will deliver the high-level impact we want to achieve with this project. As people grapple with the challenges imposed by Covid-19 and the need to rebuild their homes, the need for nutrition is always there hence we chose to take care of that aspect of their challenges”.

The municipalities were represented by OR Tambo member of the Mayoral Committee, Cllr Mjokovana, MMC Community Services , who lamented the fact that the district is a tornado-prone area which aggravates the fact that it is officially recorded as the poorest district in the country.

Ubuntu Transformation Foundation is led by Ace Ncobo, a renowned philanthropist whose foundation was chosen for its experience in handling projects of this nature. Chairman Ncobo said that his foundation is honoured to have been chosen as the implementing agent. “We are extremely humbled to be given the opportunity to alleviate the pain that heads of households experience when they have to make decisions to choose between buying food for their children or building material to rebuild their homes. With this intervention they can at least have groceries for the family as they deal with the painful task of rebuilding”, added Ncobo.

Through a statement read on her behalf by a departmental official, acting MEC for Social Development (DSD), Nomakhosazana Meth, lauded the timely intervention by the NLC. She said that through the Covid-19 pandemic DSD has been at the forefront of alleviating the effects of the crisis on the poor and has spent millions of Rands through various instruments implemented by government.