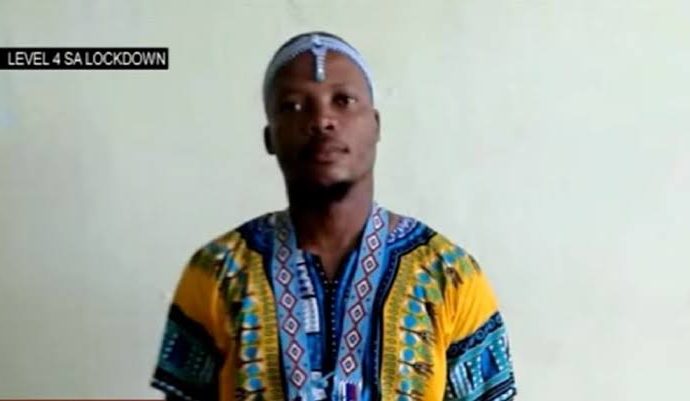 The Eastern Cape Department of Health in the Eastern Cape on Thursday issued a statement responding to media reports about deceased medical student, Sibusiso Qongqo. Qongqo was part of the government-sponsored group of students studying medicine in Cuba. The department disputed that it was refusing to pay for the repatriation of Qongqo’s mortal remains.

The statement is published in full below:

From the onset, the MEC for Health acknowledges the grief-stricken Qongqo family, and once-again sends heartfelt condolences on behalf of the Provincial Government and in her personal capacity. It is in this context that the MEC noted the unfortunate statement allegedly made by the family to the Dispatch on 2nd June 2020.

To set the record straight, the ECDoH confirms that the Qongqo family was informed of their child’s ailment (on 29/04/2020) while at university in Cuba. The family was counselled about his poor prognosis.

While hoping for the best, the family was implored to adjust their hopes about his chances of recovery and the high possibility of the worst outcome. Later on 29/04/2020, the ECDoH learnt that Mr Qongqo passed-on that morning and had to return the next day on 30/04/2020 to inform the family and advise them of the two options recommended by the SA Embassy in Cuba, for handling of the mortal remains.

The family elected cremation and later that evening changed their minds and demanded that his body be returned for burial back home.
The latter stance by the family was also against the backdrop of the letter they received from the MEC, Hon. Sindiswa Gomba.

For the record, the oral reply from the family to the MEC’s letter was that they noted the Department’s assertions, but would plead that government should instead endeavour to bring the remains of their child back home. At the same time, the child’s mother appealed to the Hon Premier via a WhatsApp text, for the Premier to add his weight behind efforts to bring the remains home. At no stage, did they suggest that they were dissatisfied with the provincial government, let alone being offended by the MEC’s letter.

Measures by Government to Bring Back Remains:

Contrary to suggestions that government is uncaring, the following Departments have teamed-up, for weeks on end, working on attempts to repatriate the Qongqo remains. These are Eastern Cape Office of the Premier and Health, National Department of Health (NDoH) and Department of International Relations and Cooperation (DIRCO). The constraints imposed by the ban on international travel and the lockdown measures (all due to COVID-19), rendered every effort fruitless. This much was stated to the family.

Flights from the US repatriating SA citizens stranded due to COVID-19 were explored, to no avail. Same with flights between Cuba and France; and Cuba and Spain, all explored albeit unsuccessfully due to lack of connecting flights to South Africa.

It is not true that government has kept the family in the dark. To the contrary, the family through its representative and official spokesperson got regular updates (some daily) from the NDoH’s Coordinator of the Nelson Mandela – Fidel Castro Medical Programme, Mr Nkosinathi Mjoli; the SA Ambassador to Cuba; the Director General of DIRCO and any senior government official who cared to listen.

He was informed of measures put in place such as the import permit, embalming and non-infectious disease certificates, letter from the Embassy, etc – to ensure that all paperwork is place in anticipation of repatriation as soon as a flight could be secured.

There is no stage where officials have discriminated against any family in this programme. Our officials have dedicated themselves to ensure that the vision of the founding fathers of the programme live on. This is their legacy.

In many instances, officials go out of their way to assist students and families especially in times of grief. Since the passing away of Sibusiso Qongqo, every effort has been made to ensure that his remains are brought back to SA.

Through its relatives in the Department of Defence (SAAF), the family was informed that SANDF has frequent flights to Cuba to send items to their students in Cuba. This was further revealed by someone in a call to one of the NDoH officials.

This was despite the family having been informed that NDoH always works and cooperates with DoD on Charter Flights. The Chief Director from NDoH, Ms Netshidzivhani went on to contact the DoD. The answer was negative.

In conclusion, and despite the hostility visited upon some officials working on this case, government remains committed to returning the remains of the late student, at the earliest possible time.by Several departments’ officials at the national level and at SA’s Mission in Cuba are working around the clock to achieve this.