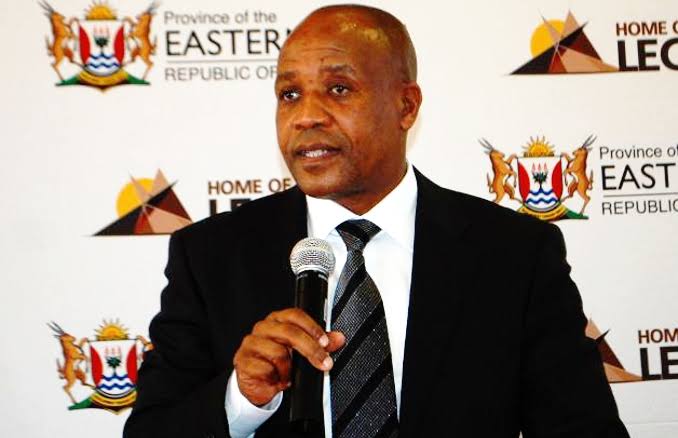 The Eastern Cape government has attracted over R30 billion and created more than 29 000 jobs during the term of the fifth administration.

This was revealed by premier Phumulo Masualle during the state of the province address (Sopa) at the provincial legislature on Friday. Masualle said the investments include foreign direct investments from a range of companies. Among such companies were Chinese motor vehicle manufacturing company BAIC, Goodyear SA and Yekani Manufacturing, Mercedes Benz, Volkswagen and SA Breweries.

Masualle said the administration he led from 2014, whose term is nearing the end, paid attention on creating a road network that supports the provincial economic activities. “We have spent more than R850 million on access roads and bridges for increased access to schools, health institutions, tourism entities and agricultural facilities,” Masualle said.

Masualle, however was quick to point out transport related challenges in the province. “A fortnight ago the provincial government issued an apology to the people of the Eastern Cape and the business community at large for the inconvenience caused as a result of a decision by the SA Civil Aviation Authority to downgrade Mthatha Airport from a CAT 4 level airport to a CAT 3 level,” Masualle said adding disciplinary measures had been taken against those responsible.

He said access to education continues to improve, as more people have access to basic education like electrification, water and sanitation. Masualle, delivering his last Sopa before the general elections on May 8, said more still needs to be done.

Masualle said at the beginning of his term, his executive council had set out to develop and transform the provincial economy to address the triple challenges of poverty, unemployment and inequality. To this end, he said, the provincial economic strategy was anchored on the automotive industry, renewable energy and industrial parks, tourism, agricultural production and SMME development among others.

“The provincial economy has made a positive contribution towards the betterment of the lives of our people. In support of our economy, the two Industrial Development Zones and the EC Development Corporation combined, have attracted investments well above R30 billion, thus creating more than 29 000 jobs during this term. These investments clearly demonstrate confidence in our economy,” Masualle said.

“We are proceeding with implementing broadband connectivity, beginning with our health and education facilities, which require connectivity to address challenges such as rising medico-legal claims, the digitisation of our records, skills development, as well as the imperative of lowering the cost of doing business in the province,” Masualle said.

Currently, medico-legal claims are estimated at R23 billion, Masualle said. He said a key feature of a better life government was committed to is that the people must feel safe in their homes, places of work and wherever they choose to gather. He condemned what he termed the growing trend of some churches being mired in the exploitation of people, especially through cult like movements.

Masualle paid tribute to the late education MEC Mandla Makupula for the “steady and committed role” Makupula played on the improvement of the 2018 matric class results. He said giving easy access and affordable healthcare has been one of the priorities of his administration.

Key indicators included training of healthcare professionals. The province has improved its capacity to provide ARVs to clients including pregnant mothers and TB patients. From 2015, 1.5 million clients were tested for HIV/Aids. “Similarly, TB testing has also improved. There has been a marked decrease of TB prevalence from 976 incidence/ 1000 in 2014 to 506 incidence/ 1000 in 2018.”

Masualle said there has been a decrease in child mortality in the province largely due to the reduction of malnutrition, pneumonia and diarrhoea. Masualle paid tribute to top achieving matrics from 2018.

Masualle seemed at peace with the end of his tenure as premier. “Today marks the point at which the current administration, true to the dictates of our constitutional order is getting ready to handover the baton to the next,” Masualle said.

“We wish to say as a team we are full of gratitude. Wherever we went around the province we met people who were concerned with development of the province. As the captain of the ship, I personally thank you. I wish to thank the ANC, my party, for the opportunity to lead,” Masualle said before thanking the opposition for its contribution. He said the support given to his administration should also be given to those who will come after the elections.