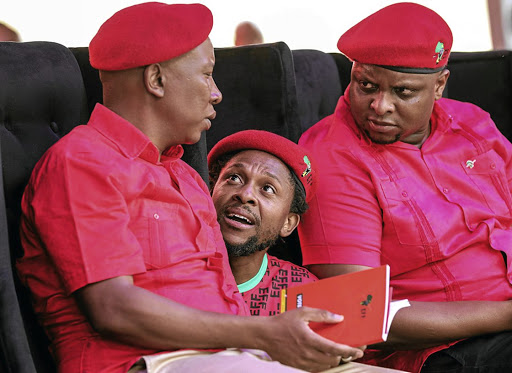 The party would, therefore, need the support of some opposition parties in parliament to pass its amendments to the constitution.

The DA is opposed to any amendments to the constitution that may threaten private ownership of property. This leaves the EFF as key to passing the ANC motion.

EFF leader Julius Malema told the manifesto rally that landlessness and lack of jobs “among black people” were at crisis levels.

The party seeks to solve this problem through a number of interventions such as special economic tax-free zones in townships and rural areas.

The EFF also promised to clamp down on corruption by introducing legislation that imposes a minimum of a 20-years’ prison sentence for stealing from the public purse.

On social services, Malema said under an EFF government education would be free and compulsory, that all would be forcefully taken to school until the level of an undergraduate qualification.