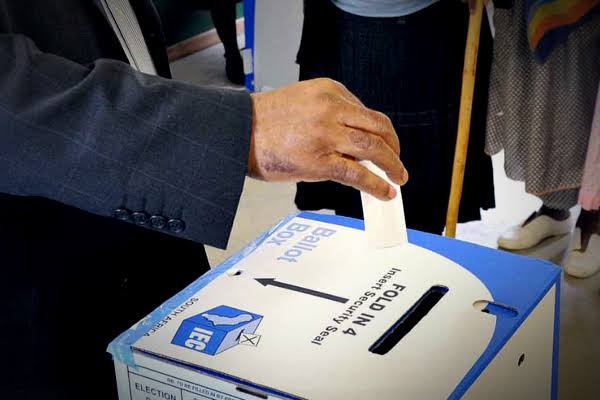 Research group Ipsos has published its latest “Pulse of the Nation” survey amongst registered voters. Ipsos is the leading research house in the country owing to its ability to use large samples and direct interaction with verified registered voters. Its past predictions have been fairly accurate, give or take a few percentage points.

In typical election fever, political parties either celebrate or cast aspersions on the “accuracy” of polls depending on what results they portray.

The ANC is buoyed by the news that its electoral fortunes are set to rise, largely on the back of the ever growing popularity of President Cyril Ramaphosa.

“The ANC’s fortunes are being lifted by one factor and that is its president and country president, Cyril Ramaphosa. He is the most popular politician in the country by far,” says Mari Harris, Ipsos director and one of South Africa’s most respected pollsters.

“Ramaphosa notches up a favourability ranking of 6.71 out of 10 followed by DA leader Mmusi Maimane at 3.72/10, and Julius Malema at 3.46/10. The Minister of Performance Monitoring and Evaluation, Nkosazana Dlamini Zuma, is less visible but more popular than the two opposition leaders: she measured at 4.28/10 in the rankings. Ramaphosa is carrying the election for the ANC. He has built its credibility”, elaborated Harris.

The DA has expectedly poked holes at the accuracy of the survey which also shows that its dream of governing in at least two more provinces in addition to the Western Cape may not materialise.

In fact, the survey shows that the EFF’s rise to 10% may ensure its ability to take away the status of the DA as official opposition in at least three provinces.

Politicians may publicly disregard surveys such as these but deep down they take them to heart as they criss-cross the country either trying to consolidate the predicted electoral support or ramping up more support to improve the prediction.