Eskom sabotage is real, but not what we all thought! 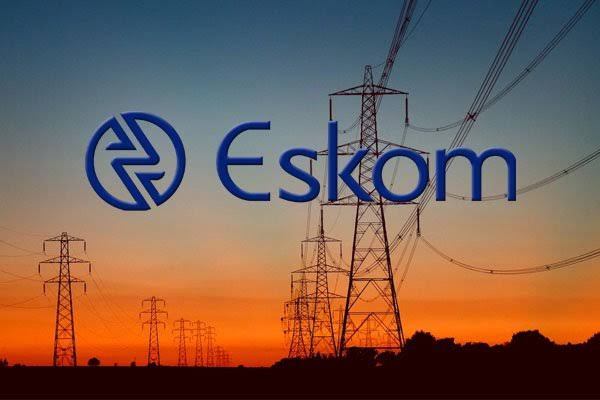 A former engineer at Eskom has penned a long note that has been widely shared on social media, detailing the real reasons why Eskom is failing to generate enough electricity to keep lights on.

The ANC’s Zizi Kodwa had hinted at a sabotage, so did many other commentators after at least six generators went dead simultaneously.

The sabotage, according to the highly respected Dr Bongani Mvelase, has nothing to do with outside agents tripping switches. It is much deeper than that.

HotNews publishes hereunder an unedited version of what has been shared on social media. Attempts to reach the author were made, to no avail.

“I would like to respond to the assertions made by Dirk Hermann and the uninformed Minister of Public Enterprises, Pravin Godhan. I read the article with the highest magnitude of disgust and I felt compelled to respond to it.

If we continue to racialize our problems this country is facing, we’ll never succeed as a Nation.

Firstly, I would like to state what was my highlight on the article. The article, basically says “Eskom became obsessed with retrenching White “Competent Engineers” and replaced them with the incompetent Black Engineers for Affirmative Action”.

I worked for Eskom for many years and I never came across the Register of such competent people and neither did I witness their legacy of novelty they left behind. By the way, former White Eskom “Engineers” never left Eskom, they were only transferred from normal Salaried Employees to Contractors who continued to milk Eskom.

Those that remained Eskom Salaried Employees were given special titles such as “Coperate Specialists” or the so-called”Grey-Beards”. This was done and continue to be done irrespective of their qualifications and measurable contribution. These “Specialists” or “Grey-Beards” have two mandates; marginalize qualified Black Engineers and to milk Eskom by providing no sustainable solutions so that they remain relevant to the Organisation.

I left Eskom because I refused to be either oppressed or marginalized by White Artisans just because I am Black. By the way, I have 3 Degrees in Engineering and I’m registered with International Professional bodies governing the Engineering Profession. The so-called White “Engineers” that Dirk refers to were and are White Matriculants or N3 graduates that Eskom referred to as Engineers, just because of the colour of their skins. In my stay in Eskom, I never came across one Black Artisan that earned a title of an “Engineer” by years of service.

Most of the problems Eskom is facing, particularly in Generation, does not require Albert Einstein and Isaac Newton. They require Competent People to resolve them and those people are still within Eskom but their Technical contributions are suppressed by the Club that intends extending their relevance in Eskom. The biggest challenge at Eskom is that Technical Solutions have been monopolized by the so-called”Grey-Beards” who have powers beyond Engineering Managers.

Maybe I should ask Dirk and Pravin if they could distinguish amongst an “Engineer”, “Technician” and “Artisan”…. Then ask if such a distinction exist in Eskom, particularly if you are not Black. The highest paid “Engineers” and Technical Decision makers in Eskom have no Engineering Degrees and they are not Black. The Gentlemen’s Club that decides what Eskom does have no best interest for Eskom. They are and can only be regarded as “Engineers” at Eskom and nowhere else.

If you can audit all Technical or Professional Services contracts you’ll soon realise what I’m talking about. Look at contracts that have been in existence for over 10 years and ask yourself what those service providers have delivered and why their contracts continue to be renewed. The Pharmacist or I should say “Medicine Dispenser” Pravin thinks he is the best thing that this country has ever seen and he thinks he is the Master of all.

Right now, on top of all Eskom’s list of problems, it’s Pravin Gordhan. He must stop being a “News24 Engineer” and thinking issuing “ibuprofen” qualifies him to evaluate Engineering Competencies.

If Pravin wants to continue driving his agenda of enriching the few families, he must never attribute Eskom failures to our competency as Black Professional Engineers. Him and Ramaphosa must present other reasons for privatising Eskom, and that must not be done in our names.

Engineering is the only field that is not properly regulated although we have the Engineering Council of South Africa who is supposed to be protecting the profession. I am yet to come across a Nurse who gets called a “Medical Doctor” after 20 years of service….. Maybe Dr. Aaron Motswaledi can name one.

In conclusion, it would be interesting to get comments from Professor Phakeng (UCT Vice-Chancellor), Professor Adam Habib (Wits VC) and Professor Nana Noku (UKZN Acting VC) with regard to the quality of Engineering Graduates they have produced for Eskom and their (Graduates) leadership abilities. Their comments would help us understand why Eskom Engineering is currently being led by TVET Colleges Graduates.

As a Black Professional and an Engineer, I refuse to take responsibility for the mess created by corrupt politicians and opportunistic white people like Dirk Hermann.

It is unprecedented that we must accept the attack from a Group of white people who have now recruited puppets like Senzo Mnchunu, Pravin Gordhan and Cyril Ramaphosa to continue driving their agenda of condescending at our abilities as Black Professionals. Interesting enough that you find former teachers like Mchunu, Pharmacists like Gordhan and Constable Ramaphosa commenting about lack of leadership from their fellow Black Professionals and their solution appears to be “Call the Whites, they’ll solve your problems”.