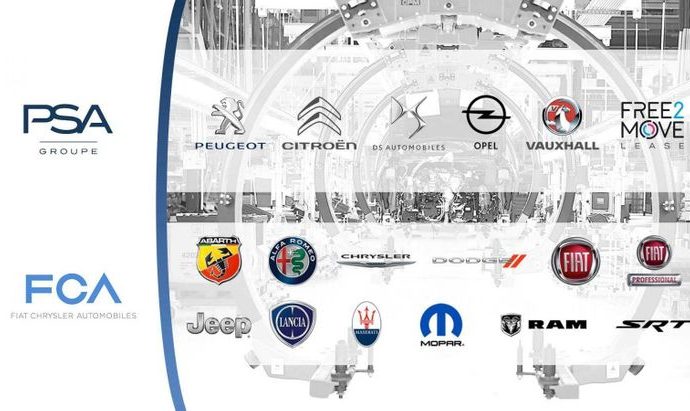 Shareholders from Fiat Chrysler Automobiles and PSA Groupe have voted to merge and the result is the birth of Stellantis!

Update: The merger between PSA Groupe and Fiat Chrysler has been finalised, and Stellantis is the 4th biggest carmaker in the world. Toyota, Volkswagen Group and Renault-Nissan-Mitsubishi Alliance are the 3 brands ahead of it. Stellantis will start trading on the global stock exchanges from as early as the 18th of January 2021. PSA top man Carlos Tavares will be in charge for the first 5 years.

When it was announced back in December 2019, the merger between European giants Groupe PSA and Fiat Chrysler Automobiles was set to become one of the biggest in history.

The word Stellantis has Latin roots, ‘stello’ referring to ‘to brighten with stars’ and this name will be used at group level and as a corporate brand. The 50:50 merger is set to be completed within the next 2 weeks and when complete, the new entity will be the 4th largest OEM by volume (8.7 million units) and the 3rd largest by revenue (€170 billion) with an expected operating profit of over €11 billion (6.6% profit margin).

PSA CEO, Carlos Tavares is expected to become the CEO of Stellantis while FCA CEO, Mike Manley will be responsible for Stellantis’ operations in the U.S.