Ford to run Google infotainment from 2023 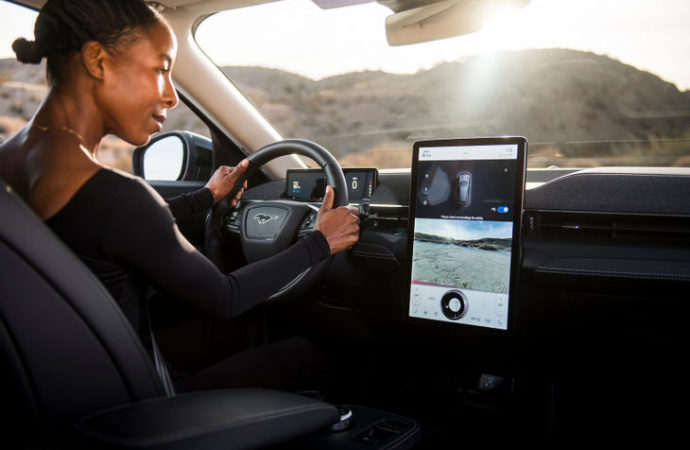 Next Ford Ranger to respond to ‘hey google’?

The next generation of Fords will run Google software for their infotainment systems. Ford is not the first to commit to the tech giant’s operating system and follows in the wake of Polestar, Volvo, Renault, GM and the new Stallanitis group. Ford’s system will still be called Sync 4 when it arrives and the coding will be made to look like Ford’s own but the underlying architecture will feature all of Google’s abilities.

Google Assistant will be built into the system with voice recognition. Ford will also use Google Maps for its native navigation, while Google Play Store will allow users to download car-specific apps for music/streaming etc. There is also bound to be remote apps for your Android phone that will allow you to control certain functions from afar, such as turning on the lights to find your car in an underground parking lot or setting the climate control prior to accessing the car. Remote parking could also be possible for the next-gen Fords.

Read: How to get Android Auto working in SA

The system caters for over the air updates so new software and updates can quickly be sent to the vehicle and installed while it’s parked overnight.

The vehicle software hasn’t been finished yet so we’re not sure if it will look like Android Auto or whether a new design is in the works. The good news is that the system will still cater to Apple users with Apple Carplay still functioning as usual.

Ford Australia will be doing most of the technology development for the new Sync 4 system. The only question that remains is to what happens when you lose signal to the data services in the middle of the bush? There are feasible solutions to this such as downloadable Google Maps, where as long as you have GPS signal, you can navigate your way out.

The system is set to come online in 2023, just in time for the new Ford Ranger. Whether the VW Amarok, which is being built alongside the Ranger will have a similar infotainment system is unclear as VW hasn’t yet signed into ay agreement with Google.