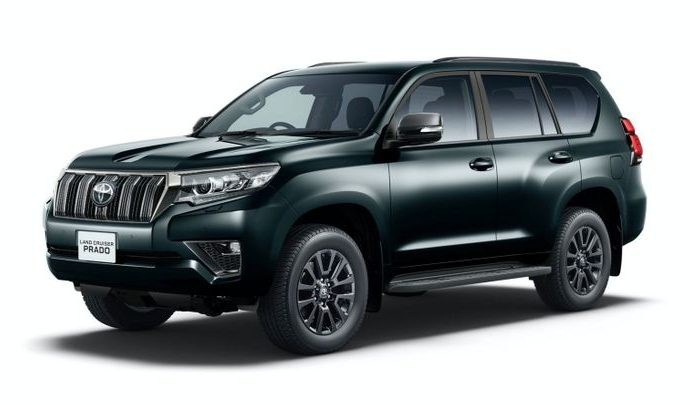 The current-generation Toyota Land Cruiser Prado is long in the tooth, even by Toyota’s standards. The Prado and its Land Cruiser base have gone relatively unchanged since 2008. Yes, there have been improvements made along the way to the design, specification and handling but it’s probably time for a new model to be ushered in, after all, it now has to compete with Land Rover’s Defender and Discovery for customers.

Japan has seen fit to upgrade the engine in the Prado for starters, the 2.8-litre turbodiesel unit acquires the same power hike as the facelifted Hilux will get when it arrives. That means an increase to 150 kW from the 130 kW it currently has and a slight boost in torque to 500 Nm.

The exterior treatment matches the black interior with the help of black 18-inch alloys, black fog lamp surrounds and black mirror caps. Helping it stand out further is the black grille and black finishings around the headlights and tailgate. The only change to the interior are the silver buttons below the infotainment system.

While this is a Japanese only model, Toyota SA has noted that the engine updates will likely filter through to its product range in time. An all-new Land Cruiser is slated for 2022, meaning the current generation will have lived a solid 14 years.