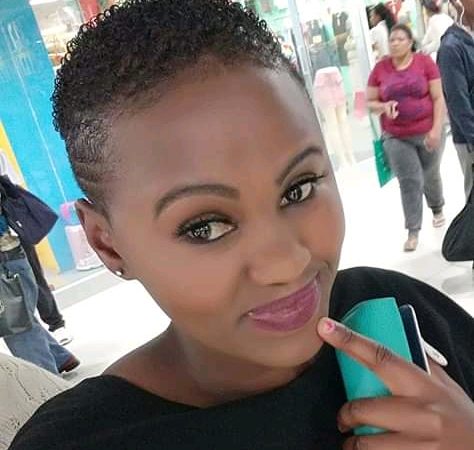 Her teenage life was disrupted when she was raped twice, diagnosed HIV positive and suffered a stroke 11 years ago but 28-year-old Noluyolo Copiso has taken it all in her stride. She is creating awareness against stigmatisation of infected people.

Copiso, from King William’s Town, suffered every woman’s nightmare in 2008 when she still lived in Boksburg. She was allegedly raped by someone she knew. The ordeal impacted badly on her that she found herself in a very dark place. Copiso elt she could never see the light again.

“I was very emotional and what made it worse was being terrorised by the guy who had raped because he was freed. He walked the streets and I felt like I was the one who had wronged him because he was free and I was captive to his stares and ugly words when our paths would cross. At one stage I tried to commit suicide but I failed,” she said.

Copiso then moved to East London and began her journey to healing. She was in a new environment and was getting ready to face the world. But this was not to be as she was unfortunately allegedly raped again. “I was raped by four guys while walking in Belgravia Road and that even cut deeper than the first time. I now had to go through the same emotions of cursing, disgust and regret all over again,” Copiso said. She was a student in Buffalo City College in 2013 this time around.

While it wasn’t any easier recollecting the pieces of her life, Copiso stuck it out and worked on her self esteem, trust problems and the manner in which she dealt with people. In 2018 she suffered a stroke but her internal strength has helped her fully recover.

Despite the good things happening for the young beau, love seems to evade her. She has however learn to deal with the pain of being alone. “My status has led me to being rejected by men. This is because I disclose my status on the very first conversation with a guy. I no longer feel the pain of being rejected anymore because I have told myself that not everyone will accept me,” she said.

Copiso, who gave HotNews permission to disclose her name and publish pictures, has now taken to motivational speaking. She said her status will not define her. “I am a strong woman and I have defied HIV, it now obeys me. I am not ashamed because what happened to me was beyond my control, I am moving on with my life,” Copiso said.