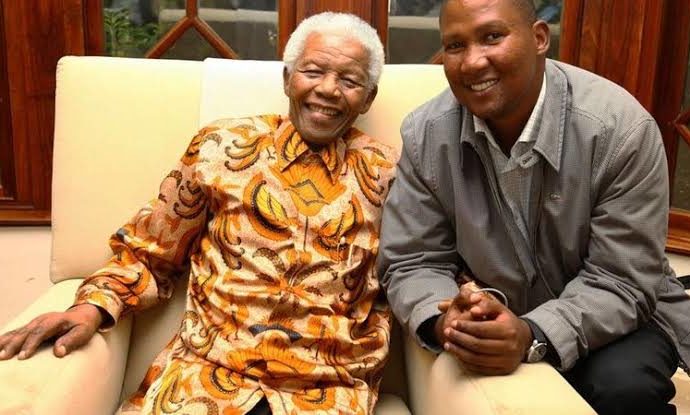 Nelson Mandela’s grandson has written an open letter to the DA blasting the party for appropriating the legacy of the renowned stateman in its election campaign.

HotNews publishes the full statement below:

The DA must desist from putting up billboards or any other marketing materials pretending to be the upholders of President Nelson Rolihlahla Mandela’s legacy. They are guilty of abusing the Mandela name and legacy to further its narrow class interests. The Royal House of Mandela (RHoM) is unequivocal in its position that those who stand united with Apartheid Israel as Mmusi Maimane and the DA does are no friends of the Mandela legacy. Those entrusted with custodianship of the Mandela name and legacy cannot remain silent whilst such travesties are perpetrated in Madiba’s name.

For the past 25 years of democracy the DA has clearly demonstrated that it is a party protecting white minority privileges. Where it governs it prioritises building bicycle lanes for the privileged and neglect much needed delivery of social services and housing. The only unity the DA has built in 25 years is the ossewakraal of white privilege. In 1994 it garnered 1.9 percent of the total ballot. In the 25 years of democracy it has been consolidating the white vote and one only has to look at the makeup of its leadership structure, overall membership and voting patterns to confirm who the DA represents.

The DA is highly opportunistic to campaign in President Mandela’s name and show scant regard for our global icon’s own position about who represents the interests of the people of South Africa and who has been able to represent the majority of South Africans since the dawn of democracy. The African National Congress has been the only political party who has governed as the majority party, the party of true unity not unity of slogans and false claims.

A vote for the DA is a vote for Apartheid Israel and a vote for those who lie in Madiba’s name. Yes, Nelson Mandela stood for a united, non-racial, non-sexist, democratic and just South Africa in which all can enjoy prosperity. The DA uses a few uncle Toms to camouflage its blatant protection of white privilege. When the ANC calls for transformation it’s the DA that digs in its heels. When the ANC calls for land reform, land redistribution and land expropriation the DA’s true coloursemerge and it vehemently fights for white privilege.

We thank the DA for acknowledging that Mandela’s legacy was indeed the unity of all South Africans and building a society where all South Africans can enjoy prosperity. A society galvanized by the project of nation-building, national reconciliation and social cohesion. We respectfully remind them that they are suffering from an identity crisis and that this tendency of theirs especially emerges during elections. They would do well to look at their own party history and look at what their party has stood for since the days of Van Zyl Slabbert, Tony Leon and Helen Zille. President Nelson Mandela remained a loyal member of the African National Congress and we dare them to tell the electorate to vote for what Nelson Mandela voted for. Until then we say to them: Hands off Mandela!!!