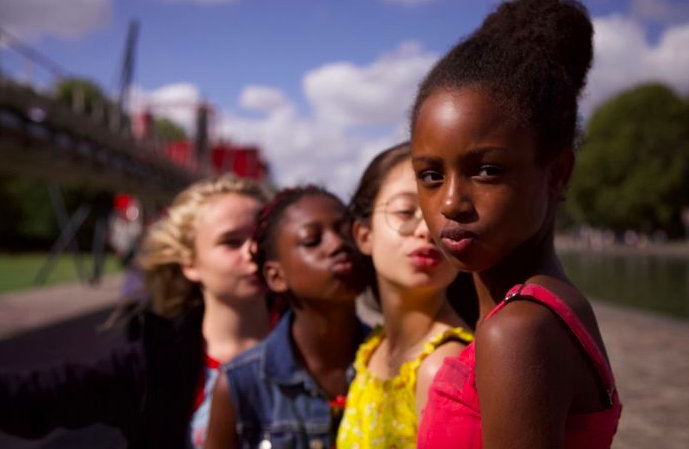 The movie has received a huge backlash for its visuals and poster.

Doucouré told the entertainment news website Deadline that she received death threats for the poster which, she said, was out of her control.

“Things happened fairly quickly because, after the delays, I was completely concentrating on the film’s release in France. I discovered the poster at the same time as the public,” she said.

In a statement shared by Variety, Netflix defended the movie, saying it is a “social commentary against the sexualisation of young children”.

“It has a powerful story about the pressure young girls face on social media, and from society more generally, while growing up, and we’d encourage anyone who cares about these important issues to watch the movie.”

There is a petition calling on Netflix customers to cancel their subscriptions over the movie.

With more than 606,000  signatures, the petition said the streaming service “exploits children and creates a disturbing vibe”.

The petition also accuses Netflix of showing underage girls “dressed provocatively and dancing sexually” and for rating the movie as “only for adult viewers”.

People have given the movie terrible reviews on the International Movie Data Base (IMDb) and Rotten Tomatoes to ruin its ratings.

On social media, the hashtag #CancelNetflix topped the trending list as many expressed their views about the movie.

Here is a snapshot of what users had to say.