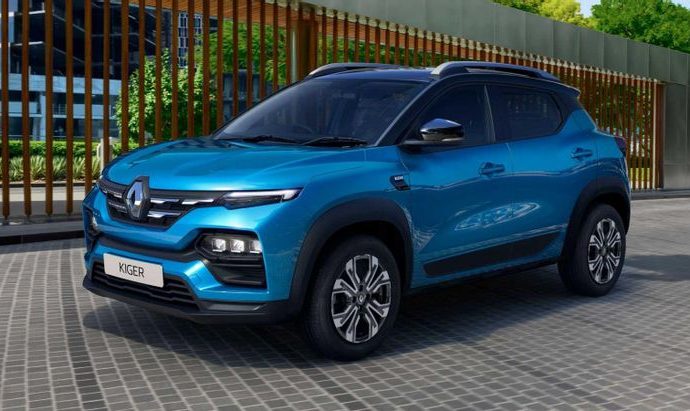 Renault has revealed its new Kiger Compact SUV which is destined to reach South Africa later this year.

The production version of the Kiger has now been revealed and while it will primarily be offered in India, it’s also destined to reach South Africa in the third quarter of 2021.

The Kiger rivals the likes of the soon-to-be-launched Nissan Magnite and Suzuki Vitara Brezza as well as offerings such as the Hyundai Venue and forthcoming Kia Sonet.

The Kiger shares its CMF-A+ platform with the Renault Triber and Nissan Magnite and measures 3 991 mm long, 1 750 mm wide and 1 600 mm high with a wheelbase of 2 500 mm. Ground clearance is generous at 205 mm. These dimensions bode well for overall interior space and Renault claims 405 litres for the load bay which is useful.

In terms of styling, the Kiger has retained much of the front-end design seen on the Kiger show car seen last year (which is a good thing) and boasts a sculpted bonnet, sleek C-shaped LED headlights and flared wheel arches and a rear skid plate which gives the Kiger a more rugged look. The C-shaped light theme is also carried over to the rear. The Kiger rides on 16-inch alloy wheels. 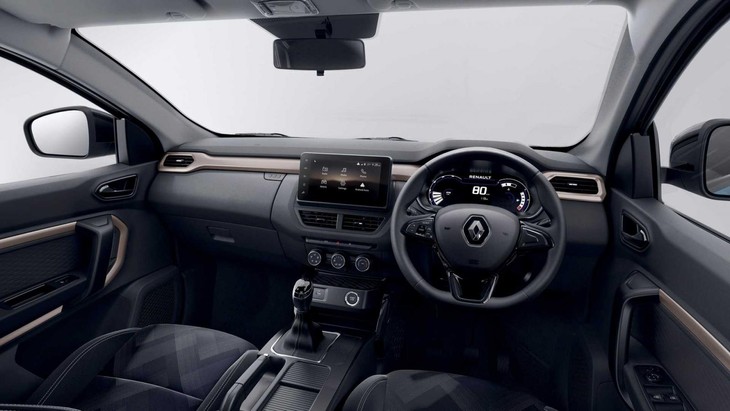 Inside, the Kiger features a neatly-designed cabin featuring an 8-inch floating touchscreen infotainment system with Apple CarPlay and Android Auto functionality along with Bluetooth and voice activation. An Arkamys #D sound system is also fitted with a total of 8 speakers. Automatic air conditioning is also included as is a leather-trimmed steering wheel with backlit buttons. A configurable 7-inch TFT instrument cluster is also fitted with changing themes based on the driving mode selected including Normal, Eco and Sports.

As for engine power, the Kiger is powered by a 1.0-litre turbopetrol engine with 74 kW and 160 nm of torque with a claimed fuel consumption of 5.0 L/100 km. This engine is also expected in the Nissan Magnite. A 5-speed manual transmission will be offered while a CVT option is expected to join the range later.

In addition to this engine, the Kiger will also be offered with a naturally aspirated 1.0-litre petrol engine with 53 kW and 96 Nm in conjunction with a 5-speed manual transmission or a 5-speed AMT.

In terms of safety, dual front airbags are fitted as well as 2 side airbags.

Buy a Renault on Cars.co.za