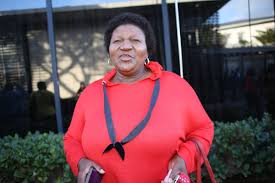 Newly appointed MEC for health in the Eastern Cape, Sindiswa Gomba, has been dubbed the “Night Rider” by employees of her department, this after establishing a routine of unannounced visits to public health facilities at night.

These night-time visits follow recent reports that went viral of patients being made to sleep on hospital floors and benches. Gomba has vowed to ensure an end to such occurances.

Last week she gathered all the top brass of the provincial public health care at the East London ICC where she is reported to have read the riot act to any manager who failed to uphold satisfactory levels of service to patients.

This tough stance against insolence seems to have worked, especially at the Butterworth Hospital which had been on the news recently for dubiously causing patients to sleep on the floor and on hospital benches.

When she made unannounced visits on Friday and Sunday nights, not even a single patient was found subjected to such inhumane treatment.

It has since transpired that some of the patients were not visiting Butterworth Hospital itself but came to “sleep over” so that they could catch the Health Department’s patient transport buses mostly to hospitals in East London.

Sizwe Kupelo, spokesperson for the Eastern Cape Department of Health, told HotNews that various measures were being implemented to curb incidents of poor service. “The department will put prefabricated structures to house non-Butterworth Hospital patients who sleep over at the hospital so as to not miss the patient transport vehicles travelling to Frere Hospital in East London”.

In addition to this, the Health Department is prioritising the filling of vacant posts. The Amathole region has already been approved to fill the 36 clinical vacancies.