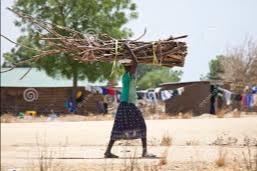 The month of August, Women’s Month in South Africa, is replete with all forms of celebrations to commemorate the role that women play in society and to highlight the challenges that, even today, confront them in much the same way they did eons of decades ago.

Femicide, rape, emotional and physical abuse, economic exclusion and misogyny continue to be a combinational scourge perpetrated against women on a daily basis, including during Women’s Month. Not that these should only stop during the month of August but this just goes to show the extent to which throughout the year, on a minute by minute basis, women continue to bear the brunt of most of the social ills faced by vulnerable people in society.

As we close off yet another month full of ceremonies yet very thin on practical solutions, I am forced by the guilt of personal inaction to reflect on how far we have gone in the journey towards the total emancipation of women. I am prompted by a deep sense of regret that no matter how hard I try to do the little I can, I still belong to a society that perpetually holds women in a state of humiliating slavery. The revolution for the equality of women remains a revolution that needs more than just ceremonies to achieve.

When we speak of the national democratic revolution we define the challenge as the triple evil of unemployment, inequality and poverty. Women generally, and African women in particular, bear the brunt and full might of this triple evil. Any discourse around the pursuit of the national democratic society we aspire to achieve can never be fully explored unless we place at the forefront of that struggle the struggle for total emancipation of women.

The world-renowned humanist, Thomas Sankara, grasped that the fight for women’s equality was part of the fight for racial equality.

The following excerpts are from his
“The revolution cannot triumph without the emancipation of women” speech, which he delivered to a rally of several thousand women in Ouagadougou, the capital city of Burkina Faso, commemorating International Women’s Day on March 8, 1987.

Sankara takes the extreme posture of characterising the daily challenges mentioned above as “slavery”. I agree with him.

What stood out for me in what was wholly an absolutely outstanding speech is this excerpt :-

It is simplistic to think that all the pain inflicted upon women is visited by men. Woman-on-woman abuse, no matter how miniscule it is in the grand picture, still forms part of the slavery mix, perhaps even more painfully so than that perpetrated by “trash”, to borrow from the “Men are trash” brigade.

For me, the economic emancipation of women lies at the epicentre of the revolution to empower women. Each one of us knows at least one wealthy woman who is known as “a cow that grazes with bulls”. Look at how even totally emancipated women like that are still regarded as having left the kitchen stove to do manly things. This slavery is real.

However, those wealthy women give us a glimpse of how an economically emancipated woman can stand her own against inequality. That scenario displays the validity of my contention that economic emancipation play a central role in the quest for gender equality, inter alia.

Having followed a number of ceremonies that have been organised largely by government institutions throughout the country, I was especially pleased to note that the Buffalo City Metropolitan Municipality chose to celebrate women in business. For me, this meant that someone somewhere in those hallowed corridors of power grasps the centrality of women’s economic emancipation in the revolution for equality.

Taking the strides of economically active women as BCMM is doing when it hosts its second Annual Women in Business Awards to close off Women’s Month and using them to inspire others to follow suite, bodes well for the advancement of the struggle for equality.

There’s nothing wrong with holding commemorative events to honour the bravery of the women who marched to the Union Buildings, but we need more practical solutions such as the one BCMM has embarked upon.

One hopes that the awards are linked to business support in the form of take-off agreements by the metro and funding. The more women we empower economically, the more women we take out of slavery.