OUTsurance forced to settle R65K claim after initially rejecting it 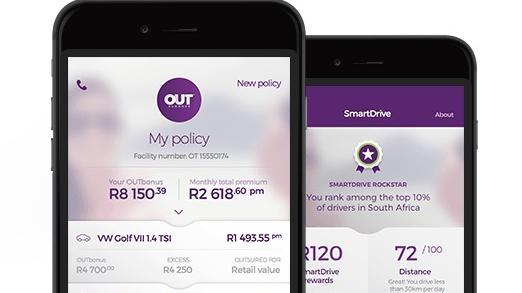 Johannesburg – Consumers’ struggles with insurance pay-outs were highlighted after OUTsurance received a R65 000 bloody nose from clients who fought and beat the company.

Vuyisile Ntshangase and her husband Sifiso – both of whom are lawyers – took on OUTsurance.

This was after the company in December refused to pay a lodged claim, despite expert mechanics from Mercedes-Benz Bedfordview – an accredited workshop – saying their car’s problematic steering rack was damage caused by entering a pothole, which the insurer covers.

In October, Sifiso was driving the family’s Mercedes-Benz GLE coupe when he noticed that the car pulled to the left due to a faulty steering rack.

Upon taking it for a service at Mercedes-Benz Bedfordview, where the couple were billed R70 950.10, Andries van Wyk from the workshop wrote in November: “The steering rack is bent due to the sequential damage caused by a pothole.”

However, OUTsurance disputed this expert assessment – according to communication seen by The Star – and said it rejected the Ntshangases’ claim as the insurer’s assessors had come to a different conclusion.

Repeated calls to get the OUTsurance assessor’s report, according to the Ntshangases, proved unsuccessful, which led to the couple filing a legal challenge on January 21 in the South Gauteng High Court to gain access to the report the company had relied on to repudiate the claim.

Less than a week after the aggrieved couple filed the high court application, OUTsurance settled their claim and paid R65 140.10.

Reacting to the saga, Sifiso said OUTsurance’s behaviour was akin to Vodacom, where both “behemoths” had “it easy in trampling consumers’ rights”.

“Their bullying tactics and financial clout have not deterred us from challenging OUTsurance. The constitution and the law are a tool to be used to advance and protect an ordinary person’s rights,” the attorney said.

Natasha Kawulesar, OUTsurance’s head of client relations, said the company had assessed the damages initially and found no visible evidence to components supporting the steering rack.

Kawulesar added that the claim was thus rejected, where their clients were advised to claim “under the warranty of the vehicle”.

She said OUTsurance had attempted on numerous occasions to contact its clients to find out whether they had received the company’s assessment report, to no avail, adding that the high court application was unnecessary.

“Upon further engagement with our client’s service provider we were advised that our client had previously replaced a tyre.

“This is a component supporting the steering rack. Replacement of the tyre is an indication of pothole damage and thus a valid claim,” Kawulesar said.