Peace at last in the AbaThembu Kingdom? 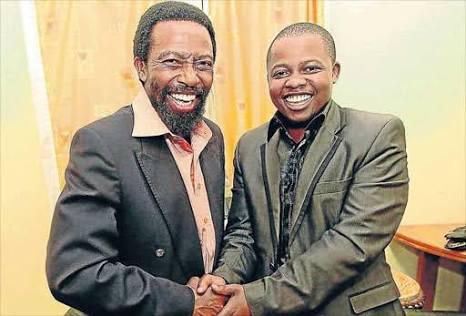 Word coming out of the Royal Family of AbaThembu is that efforts to restore peace and dignity in the Kingdom are producing positive results. The Kingdom has been beset with internal squabbles between two factions of the Royal Family, one supporting King Buyelekhaya Dalindyebo and the other his estranged son, Azenathi, whom he disowned recently.

A brief statement issued by Nkosi Zwelivelile Mandela, chief of Nelson Mandela’s birthplace and grandson to the late icon, proudly proclaimed that a meeting of the Royal Family on Wednesday managed to forster peace and a way forward for the embattled Kingdom.

Mandela said, “Today was a day of joy and happiness as the AbaThembu Royal Families gathered at the King’s Residence in Mthatha for a historic meeting following a long period of acrimony.

The meeting follows the release of AbaThembu King His Majesty BZ Dalindyebo. The Madibas agreed to put all disagreements and squabbles in the past and resolved to deal with all matters that may arise in future as an internal matter and not in the public domain.

It was truly a beautiful occassion and all the royal families are united behind the AbaThembu King and are keen for him to take up his rightful place on the throne”.

King Dalindyebo confirmed that the meeting had indeed taken place but would not be drawn to give further details except to say that a statement would be issued later.

Asked whether Azenathi was part of the meeting, an insider who cannot be named because he is not the authorised Spokesperson said, “The meeting was attended by the heads of all the Dlomo Houses. Azenathi is not a head of any Royal House and therefore was not in the meeting”.

There was also no indication of what would happen to the decision of the King to disown Azenathi or for him to take a DNA test.

HotNews was reliably informed that not all those who have been supportive of the acting King took part in the meeting.

This is a developing story and will be updated as more information comes through.