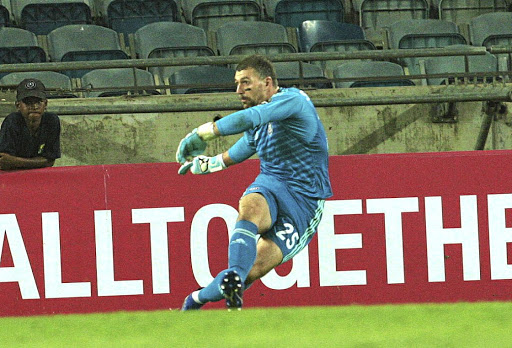 Orlando Pirates’ near-perfect defensive work in their goalless stalemate against Tunisian giants Esperance at the weekend was arguably their season’s best in the specified discipline so far.

Pirates may not have conceded in their previous CAF Champions League Group B matches against FC Platinum of Zimbabwe and Guinean heavyweights Horoya but their density at the back against Esperance was even more distinguished.

With captain Happy Jele not in the squad, Alfred Ndengane partnered Marshal Munetsi in the heart of defence, making a solid pairing.

Before missing the Esperance clash at Orlando Stadium, Jele had started all Bucs’ matches this season. It will be intriguing to see if coach Milutin “Micho” Sredojevic reinstates his skipper to the starting XI in the Soweto derby against Kaizer Chiefs.

Pirates’ defence has always been under scrutiny this season. Before the Esperance match, the Soweto powerhouse had only kept nine clean sheets in 30 matches across all competitions, conceding 26 goals in the process.

“In all aspects of the game we outplayed the opponent [Esperance]. Now we need to plan for the derby against Chiefs. We need to be more ruthless, more than we gave today,” said Sredojevic.

The Sea Robbers dispatched Amakhosi 2-1 in the first round last October, before dumping them out of the Telkom Knockout in the semifinals via the same scoreline a month later.

Pirates will go to Tunis for the return leg, just two days after the Soweto derby. Sredojevic expects the CAF defending champions to be a different side at home.

“It’s a bitter feeling that we played very well against a good team, but that important factor of scoring the goal was not there. It will be very hard in Tunis,” said the Bucs mentor.

The return of forgotten goalkeeper Wayne Sandilands against Esperance raised eyebrows as he had last played last August in a 1-1 draw at home to Highlands Park.