Prof Mamokgethi Phakeng is on a #MakeEducationFashionable mission 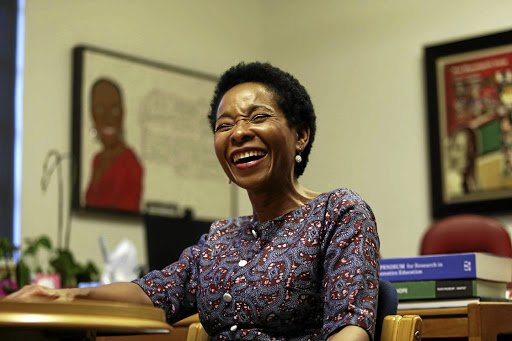 Prof Mamokgethi Phakeng, affectionately known as Kgethi to peers and “Deputy Mother” to her students, is one of only two black women to take on the position of vice-chancellor at Africa’s number one ranked tertiary institution, the University of Cape Town (UCT).

Before her appointment as vice-chancellor in 2018, Phakeng was actively involved in positions and appointments on boards and committees dedicated to shaping mathematics education and research. She has been a visiting professor in universities all over the world and a keynote speaker at more than 40 plenary talks at international conferences.

Previously, she served as both dean and vice-principal for research and innovation at the University of South Africa (Unisa) after her appointment as executive dean of the College of Science, Engineering and Technology at the same institution.

Born into humble beginnings in Ga-Rankuwa, Pretoria, Phakeng’s illustrious career as an internationally recognised researcher and educationist is marked by many firsts. She is the first black woman to earn her PhD in mathematics education in 2002, and led the Association for Mathematics Education of South Africa (Amesa) as its first woman national president from 2002 to 2006.

In 2008 she became the first black South African researcher to be appointed to co-chair a study commissioned by the International Commission on Mathematical Instruction called “mathematics and language diversity” and was elected as the first woman president of the Convocation of Wits University from 2011 to 2016.

Apart from her disarming charm and decisive, no-holds-barred approach to diligent hard work and perseverance in her pursuit to #MakeEducationFashionable and accessible, Phakeng is also an esteemed B1 National Research Foundation-rated scientist, with more than 60 research papers, five edited volumes published and an honorary doctorate from the University of Bristol for her contributions to science.