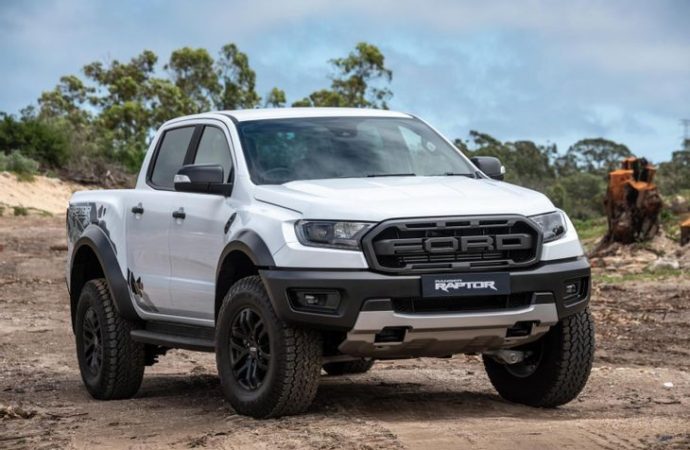 Ford’s Ranger Raptor is stepping out into 2021 with new footwear. The limited edition bakkie, which is highly regarded for its off-road ability, will now roll a new tyre specification.

This tyre switch concerns South African market Rangers and for fans of Ford’s double-cab product, it will be interesting news.

When Ford launched the Ranger Raptor, much fanfare was made of its tyre specification, provided by BF Goodrich. The company supplied Ranger Raptor with an aggressive, high-volume tyre, sized 285/70 R17.

Ford’s engineers did not wish to compromise on the Raptor’s off-road ability and the correct tyre specification is crucial. Those who have had the privilege of piloting a Ranger Raptor in testing off-road terrain, will attest to the traction, floatation and toughness of these BF Goodrich all-terrain tyres.

Most Raptors do not spend each rolling kilometre of their driving on gravel, sand or ploughing through mud. The truth is that huge tread blocks, with deep self-cleaning channels, are noisy on tar.

Ford’s Ranger Raptor will henceforth roll Continental Grabber AT3 tyres in the South African market, a change which is unique to us. Supporters of localization will be thrilled that Continental’s Port Elizabeth factory now supplies the tyre content for a bakkie of Ranger Raptor’s calibre.

The Grabber AT3 is a regarded off-road terrain tyre, although it has a different tread pattern and less of an overreaching lug profile, onto the sidewall. Ranger Raptor required a new Grabber AT3 sizing for it in the local market: 285/70 R17.

Perhaps the most interesting question is why Ford would change such an important specification, on its halo bakkie product? The significant international supply chain disruptions, due to coronavirus, could be a reason.

With Continental capable of providing a local alternative, it is a lot safer to change suppliers, than have Ranger Raptors on the assembly line in Silverton, 99% complete, but without imported tyres to roll them away for final delivery.