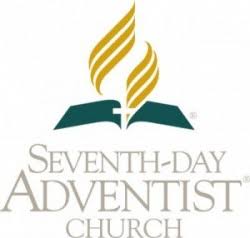 On Tuesday evening, in a statement that is a far cry from the previous dismissive responses to the brewing scandal at the church-owned Bethel College, the Cape Conference of the Seventh Day Adventist Church confirmed that at least one staff member was placed on “cautionary suspension” following a submission by a victim.

The latest statement displays the willingness of the Church authorities to handle the matter with the sensitivity and seriousness that it deserves, as opposed to earlier dismissals of the allegations as “false rumours”.

HotNews reported on Tuesday morning that several cases had been opened by some of the victims.

“We are relieved that the church is now taking responsibility and has even suspended a staff member. It was really hurtful when an institution that we have regarded as home for all our lives seemed to care more about its image than our pain”, said one of the victims whose name cannot be published.

HotNews has decided to publish the full statement issued by the Secretary of the Cape Conference, Dr Danie Potgieter.

Bethel College High School operates under the auspices of the Cape Conference of
Seventh-day Adventist Church.

On Tuesday 12 February 2019, Bethel College High School Management became aware of allegations of sexual misconduct, which includes (but not limited to) rape.

Allegations that the Bethel College High school Management did not respond appropriately when sexual
misconduct was reported, were also received.

The Seventh-day Adventist Church has a Vulnerable Persons Abuse Prevention Policy which stipulates the process and the mandatory reporting when incidents of Child Sexual Abuse are brought to our attention.

At the time the School Management became aware of the allegations of sexual misconduct, which includes (but not limited to) rape and after an initial assessment of the situation, Management responded by:
• ensuring that the matter was reported to the South African Police Services;
• reporting the matter to a Social Worker; and
• informing the Cape Conference Leadership.

During the course of the week after a report was received from a specific victim it was again reported to the South African Police Services. Cape Conference can confirm that a staff member has been placed on precautionary suspension pending the outcome of further
investigation. As part of the conditions of suspension the staff member is not allowed on the Bethel College Campus, nor allowed to make contact with any learners or staff
members of Bethel College High School.

It is the intention of the Cape Conference to investigate all allegations fully and respond to the outcome of the investigation according to church policy and the relevant legislation relating to this matter.

Because of the ongoing internal and external investigations, please note that the Cape Conference does not want to discuss the merits of the allegations at this time.
The Cape Conference wants to state that Bethel High School and the Seventh-day
Adventist Church do not condone or approve of any form of abuse or violence against any person especially those persons who belong to vulnerable groups.