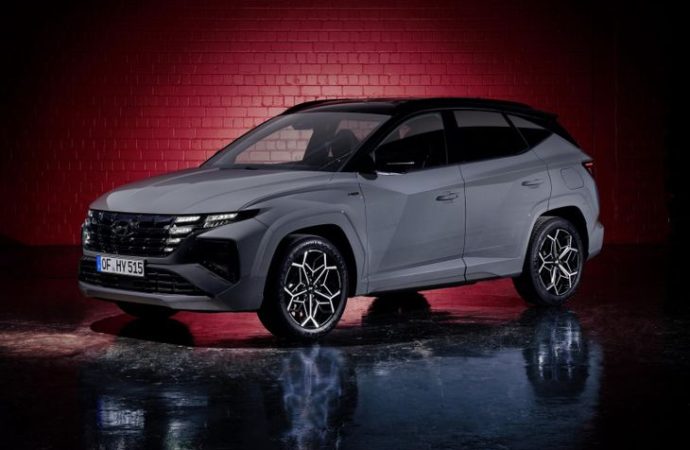 Now, however, Hyundai has revealed the Tucson N Line, boasting sportier exterior and interior styling. The Tucson N Line, however, will not feature any major performance upgrades and according to Hyundai, the Tucson N Line will be available with the 110 kW 1.6-litre turbopetrol engine offered in the new Tucson, including the Tucson Hybrid / Mild hybrid, but excluding the low-power diesel derivative. A fully-fledged Tucson N is also likely and it could pack as much as 254 kW.

In terms of styling, the Tucson N Line wears a striking grille design that’s both taller and wider than the standard Tucson and features “parametric jewels” for a unique effect while the lower section features larger air intakes and a rectangular bumper section finished with silver skid plates. The rear end gains a longer spoiler with fins for a sportier look. A red reflector band and diffuser further adds to the sportiness of the Tucson N Line as does the twin-tip exhaust system. An Electronically Controlled Suspension (ESC) will be offered as an option in an effort to enhance comfort and performance by adjusting damping force based on parameters such as speed, road surface, cornering, acceleration and braking.

The Tucson N Line rides on 19-inch alloy wheels and a total of 7 exterior colours will be offered as well as two-tone options with a Phantom Black roof in conjunction with 5 body colour choices. 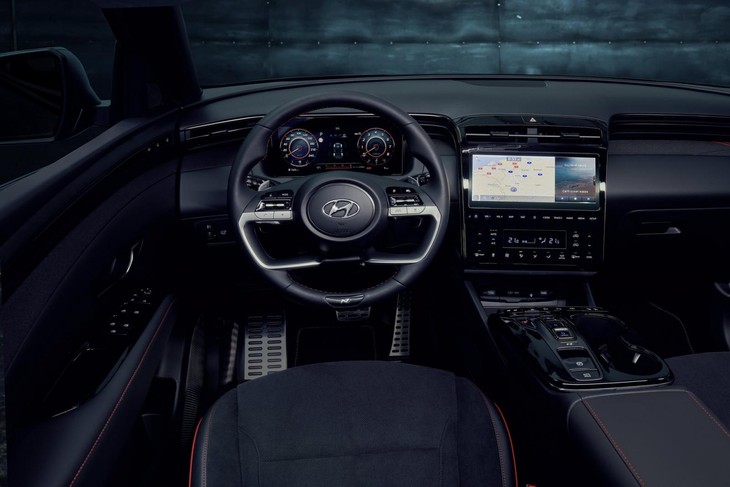 The Tucson N Line features a few sporty touches but it’s not over the top.

On the inside, the Tucson N Line gains an exclusive colour pack along with N Line seats upholstered in black suede and leather with red stitching. Red stitching is also seen on the door trims and armrest. An N steering wheel is also fitted and further N details on the centre console while also featuring metal metals.

The Tucson N Line is due to go on sale in Europe in the second quarter of 2021 and it has not yet been confirmed for South Africa.

Buy a Hyundai Tucson on Cars.co.za