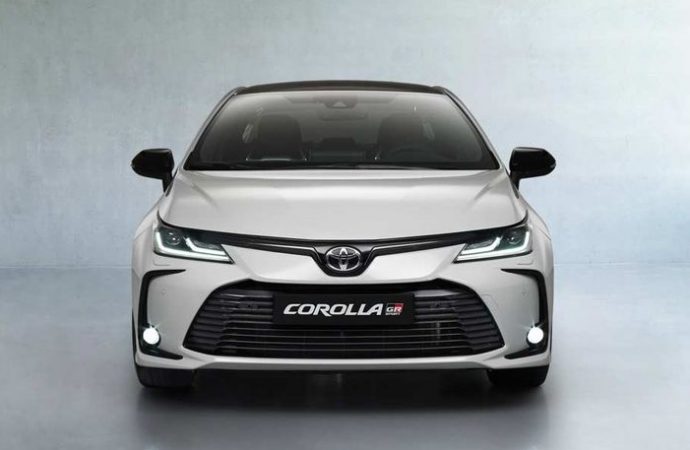 Technically unchanged, but with more style.

Toyota is expanding its GR-series derivatives, with a new version of the popular Corolla.

Although the GR upgrades are only limited to exterior and interior styling, instead of engine or suspension features, this Corolla Sport broadens the appeal of Toyota’s traditional mid-sized sedan.

The Corolla is available in eight different exterior paint finishes, and with the GR-Sport, each of those can be had with a black roof or darkened wing-mirror end caps. The grille and side skirts also gain some black contrast colour detailing.

Around the rear, the boot lid gains a very subtle edge spoiler, which qualifies as a design justification instead of something which could meaningfully influence the car’s aerodynamic properties.

Rolling the Corolla GR-Sport along, are 18-inch alloy wheels, featuring a ten-spoke structural design. Toyota has not confirmed whether these wheels are shod with a more dynamic tyre option, either in its compound formulation or size.

Beyond the exterior design details, Toyota has updated the Corolla GR Sport’s interior too. Drivers grab hold of a steering wheel rim which is trimmed in perforated leather, whilst the front seats have been reshaped to provide lateral support. They are also upholstered in a blend of black fabric and white leatherette, bonded with red stitching.

Technically the Corolla GR Sport does not feature any changes to its suspension configuration, ride height or engine performance. The brand’s proven 90 kW 1.8-litre hybrid engine powers it along.

The global rollout for the Corolla GR Sport is expected to commence from November, starting with Europe, with other markets starting to receive the option early in 2021.

As a reminder of how Toyota tiers its performance models, GR Sport models are usually just sporty aesthetic upgrades (although the Hilux GR Sport received suspension improvements). GR models receive both performance and visual updates and GRMN models are the no holds barred performance versions.