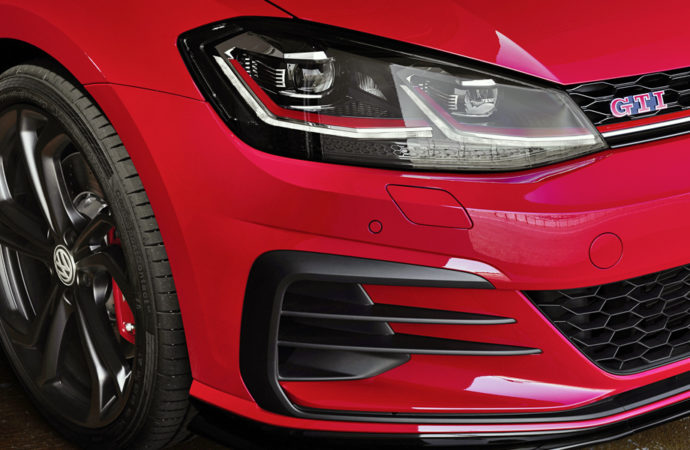 A fresh report out of the United Kingdom suggests Volkswagen has scrapped plans to switch the upcoming eighth-generation Golf GTI to hybrid power, opting instead to subtly revise the hardware of the outgoing version of the popular front-wheel-drive hot hatch.

The firm’s familiar turbocharged 2,0-litre four-cylinder petrol mill was to be mated to an electric motor (and benefit from the latest 48V electrical architecture), with low-end response improving thanks to the resulting “electric boosting”.

Instead, the British publication reports the new Golf GTI will now gain “incremental performance” updates, thanks to various tweaks made to its EA888 engine. The powerplant is expected to be offered in two outputs, with the standard model featuring around 188 kW and the flagship TCR-badged version some 213 kW (yes, just like the recently revealed model of the same name).

However, both versions are set to enjoy increased torque outputs, which Autocar says should result in improved performance figures, with the new TCR set to boast a claimed 0-100 km/h sprint of less than 6,0 seconds and a top speed of 250 km/h. Transmission choices, meanwhile, are expected to carry over unchanged.

Autocar speculates the eighth-generation Golf GTI will debut in Frankfurt in September 2019, before going on sale early in 2020.

Ryan has spent most of his career in online media, writing about everything from sport to politics and other forms of crime. But his true passion – reignited by a 1971 Austin Mini Mk3 still tucked lifeless in a dark corner of his garage – is of the automotive variety.