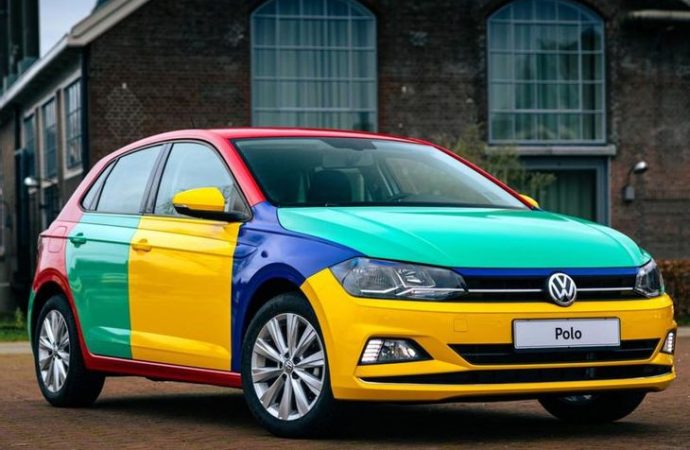 The Harlequin has returned.

If you are a follower of all things VW Polo, you’ll remember the incredibly vivid design of the original Polo sedan when ordered in its Harlequin limited edition colourway.

Originally never intended as a production option, the multicoloured panels were supposed to illustrate the flow and ability of VW’s industrial engineering systems. What started in 1995 as an assembly quality control exercise, eventually became a massive design statement for VW and its Baukasten system.

Even today, these Harlequin Polos are valued by collectors. And now, nearly two and half decades after the original Polo Harlequin, there is a multicoloured version of the sixth-generation VW compact hatchback.

This new multicoloured Polo is named the Harlekin and uses a blend of four model colours: blue, red, yellow and mint green. Its primary panels are finished in these colours, delivering an amazingly bright Polo with a mix of bonnet, tailgate, door, bumper and wing mirrors.

Customers have no influence on the actual assortment of colours and panels, enhancing the uniqueness of each Harlekin. The original Harlequin featured individually coloured panels, where this new model is a wrap, making it a little less cool, but certainly an adequate throwback to the original.

The new Polo Harlekin cabin is also finished in the four strong base colours, although the steering and gear knob are both covered with blue leather.

If you are the kind of person who regularly loses their Polo in a parking area, amid the sea of other Polos, a Harlekin might prevent you from aimlessly ambling around, looking for your car, after all, it is the best-selling passenger on the market.

While the Harlekin is a foreign market Polo only, there would be nothing stopping the local arm from producing its own version. We have reached out to VW SA and will update once we have an answer.