We know we are breaking the law, but racing is in our blood, say illegal street racers 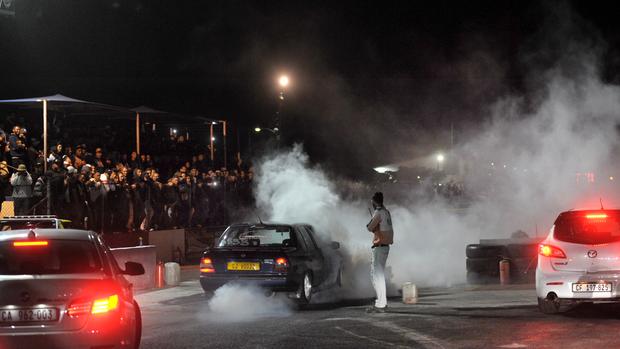 Cape Town – Illegal street racers have vowed not to stop their weekly events until the City of Cape Town gives them a public road they can use.

Speaking on condition of anonymity, the street racers also said last month’s car crash on the N1 was not the norm.

They said there were hardly any crashes at the weekly events they organise across the city.

“Racing is in our blood and it’s still going to continue. I know we are breaking the law. My mother reminds me of that,” said one of the racers.

“But not all of us are risky. We race every week and nobody has died at our races. We just need the City to give us a road where we can race. Why don’t they give us a road on one evening a week?”

City of Cape Town mayoral committee for safety JP Smith, meanwhile, said the illegal street racers could apply for an event permit. He cautioned there were a number of regulations to follow though.

“If there is a strip of road they can apply for it. There is event legislation as well as safety provisions they will have to meet before they can get permission,” he said. “These are things you can’t sidestep.

“If there is a horrible crash we will be held liable.”

“We catch people and prosecute them but the consequences are ineffective. We need better legislation.

“It’s a cat and mouse game and it’s fun for some. But while we are chasing them we are wasting resources.”

Criminal law expert Ulrich Roux said it would be hard for the City to allow illegal street racers a public road for their gatherings.

“Street racing is illegal so there’s no law that can be passed to allow exceeding the speed limit on roads.

“What if there are innocent bystanders who die as a result of a car accident?

“Who is going to take the blame?” he asked.

“They must race around a track because this can’t be regulated on a public road.

“They are illegal, putting other people’s lives at risk and should face the full might of the law.”

Roux said road laws were already strict. Presently, if any driver were speeding and someone died as a result of that, the driver could be charged with murder.

Smith reiterated that all racers should use Killarney racetrack because it was “built for that purpose”.

Illegal street racers said they did not want to race at Killarney, where speeding is legal, as they preferred a straight stretch of road at least 800m or 1km in length.

“We don’t want to race at a track. We prefer the road,” said one of the racers.

He said Killarney’s track has “speed bumps and I’ve seen cars break gearboxes because of that”.

The racers said they could organise safety precautions at their events too and currently ensured they had fire extinguishers at all their illegal races.