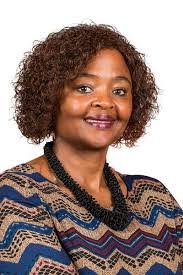 The convoluted saga involving the suspended CEO of Amatola Water, Vuyo Zitumane, took a nasty turn after the entity laid criminal charges against her.

Zitumane was placed on cautionary suspension following the commissioning of an investigation by the Minister of Water Affairs and Sanitation, Lindiwe Sisulu. Shortly thereafter, Sisulu dissolved the Board of the entity and appointed an administrator, Maxwell Sirenya.

This is according to the preliminary findings of the damning forensic report compiled by Open Water Advanced Risk Solutions (Pty) Ltd (Open Water). The company was appointed by Sisulu in February this year to probe the alleged misappropriation of R230 million in drought relief funds by the Amatola Water Board.

It investigated the alleged procurement irregularities at Amatola Water and the alleged abuse of millions set aside for projects to harvest rainwater, utilisation of water tankers and the drilling of boreholes, among others.

Zitumane had earlier dismissed the forensic report as a “smear campaign” designed to remove her from her position. She filed a lengthy affidavit detailing her defence in the matter.

On 21 May, Sirenya wrote a letter notifying Sisulu that the entity had decided to open a criminal case against Zitumane on the basis of the scathing investigative report.

In his letter to Sisulu, Sirenya wrote, “Following the investigation conducted by Open Water Advanced Risk Solutions at your behest into the affairs of Amatola Water, which concluded that certain acts committed by the CE are of a criminal nature, it has become necessary for me as an accounting authority to sanction the laying of charges against her with the South African Police Services (SAPS). I wish to confirm that these charges have been laid with the SAPS.

“The laying of criminal charges has been done in terms of Chapter 7.2.1 of the Public Finance Management Act, 1999: Treasury Regulations, 2012. This process will enable the specialised units of SAPS, i.e. Commercial Crime Investigators to delve deeper than Open Water into the alleged transgression of the CE of Amatola Water and other officials”, concluded Sirenya’s letter.

Zitumane was not available at the time of writing to confirm knowledge of the charges.