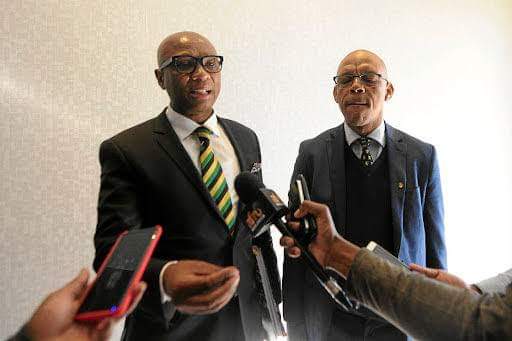 The National Working Committee (NWC) of the ANC held a meeting on Monday and amongst things discussed were the rape allegations against Zizi Kodwa and Pule Mabe.

Kodwa is being accused of rape by a woman who wrote to ANC headquarters, Luthuli House, detailing how the alleged rape happened. The ANC advised her to open criminal charges. No record of a case has been found yet. Kodwa rubbished the allegations as nothing but a politics-induced smear campaign.

Pule Mabe, the actual elected spokesperson that Kodwa was acting on behalf of, was himself accused by his own PA of making sexual advances towards her. Mabe denied the allegations. An internal hearing cleared him. The former PA has reportedly opted to open a criminal case against Mabe. In light of this, the NWC decided to also remove Mabe from speaking on behalf of the ANC.